Sports films are typically a soft spot for me. When you see an underdog on screen, or even just an athlete going up against great odds, you automatically feel sympathetic and identify it with the challenges that you face within your own life. “Hands of Stone” is the newest addition in this modern wave of boxing flicks, following the true story of acclaimed fighter Roberto Duran (Edgar Ramirez). We go through many of the ups and downs of his life, all the while getting story beats from his trainer Ray Arcel (Robert DeNiro) and Sugar Ray Leonard (Usher), as the industry and culture changes around them.

Admittedly, I didn’t know much about the story of Roberto Duran prior to seeing this, but I’m constantly intrigued by true stories so I was eager to check this out – especially with DeNiro on board. Unfortunately, I was a bit underwhelmed. I do think the story of Duran is genuinely incredible, but the story does a poor job at taking you along for the ride. This is mainly due to the sub-par direction from Jonathan Jakubowicz, who doesn’t really flow this story in a way that grips you from the start, nor is he able to progress time in an organic way. When it jumps around from decade to decade it feels out of place opposed to natural. There are many moments that linger too long in unnecessary areas, and many interesting beats that are cut short.

I was also shocked that it was only about 100 minutes long. For some stories that’s fine, but when you’re literally covering the entire career of a man, in addition to Ray Arcel and Sugar Ray Leonard getting a fair amount of screen time, it can hurt your chances of making it feel full circle. It unfortunately makes this feel a bit empty and rushed, as opposed to something like “Creed” that took its time to make sure you genuinely felt for the character and understood every aspect of his life. “Hands of Stone” is just trimmed too short, and feels like it’s trying to juggle too much at once, to make it a satisfying film.

It’s not entirely bad, however. I do have quite a bit to compliment, mainly the performances at hand. Edgar Ramirez is an actor that I always enjoy seeing, and this is arguably his best performance to date. He gets deep into the character, and portrays his anger, vulnerability, and undeniable love in a simple yet effective way. I also thought this was DeNiro’s best performance since “Silver Linings Playbook,” and one of the rare times where I didn’t feel like I was just watching DeNiro get paid to show up on set. He genuinely brought it to this, and I loved their chemistry with one another. The biggest surprise? Usher as Sugar Ray Leonard. He nails the mannerisms and look of Leonard perfectly, and a lot of the film’s best scenes feature him. He was genuinely fantastic here.
I was also a fan of the way it didn’t shy away from some of the shitty things Duran did. In so many biopics you see them try to cover up a particular point in time of their lives to maintain this false image. Not only does “Hands of Stone” go deep into Duran’s lows in life, but they do such a good job at making you understand WHY he’s doing it, so that when the inevitable redemption occurs it works and doesn’t come off as forced. They don’t make excuses for him. He was in the wrong, but he is forgiven and redeemed realistically. That’s always refreshing to see in a biopic. There’s a lot of things in this movie that are truly earned, but I just wish they made the connective tissue a little tighter so that the film feels all around great; Not just a slightly average film with great aspects inside of it. 2.5/5. 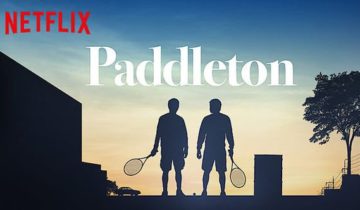