2016 marks 50 years since Star Trek’s debut in 1966! So what better way to celebrate 50 years but to have an EPIC GIVEAWAY! Entertainment Earth hooked us up with one heck of a GIVEAWAY! This giveaway includes 9 Star Trek Funko Pops and a Star Trek 50th Anniversary Badge Magnetic Pin.

Live long and party! Celebrate the 50th anniversary of the most beloved sci-fi series with this stylish magnetic badge. Cast in metal and plated in gold, this badge is debossed with the official Star Trek 50th anniversary logo. Each badge features a magnetic back so that you can proclaim your fandom without ruining your Starfleet uniform. The magnet is strong enough to even sport it on your favorite uniform jacket. Make this anniversary a great one with the stunning, two ounce, highly-detailed collectible pin! 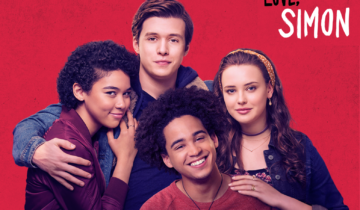 GIVEAWAY — Bring the Cast of “Love, Simon” to Your Town for a Special Screening!