Do you want to feel even more guilty anytime you pull into a McDonald’s Drive-Thru? Then boy, do I have the movie for you! The Founder tells the true story about the conception and expansion of the most popular food-chain in the world. This is all told through the eyes of somewhat-shady businessman Ray Kroc (Michael Keaton), who is down on his luck and barely able to keep a roof over his head. One day, he gets an unusually hefty order from a new burger joint in San Bernardino, CA. He rides into town to check the place out, finding that it is simultaneously the quickest service he’s ever had, as well as some of the best in quality. This leads him into crossing paths with founders Dick McDonald (Nick Offerman) and Mac McDonald (John Caroll Lynch) who eventually and hesitantly hire Ray to oversee expansion over the U.S. for McDonald’s chains all over.

One of the most striking quotes that appears in this film is the fact that it points out how McDonald’s feeds 1% of the world’s population each day. As you watch the film, it is immensely interesting to see this simple and seemingly small concept expands into one of the highest grossing businesses in the world. The first-act of this is incredibly fast paced and dryly witty as it explores the in’s and out’s of McDonald’s, as well as the conceptualization of it. You learn about how the McDonald brothers came up with these ideas throughout their frustrations through other restaurant chains; revamping the ideal of what restaurant’s can and should be. Disposable, efficient, and quick is the new height of the game. The latter two acts of the film follow Kroc’s journey and complications with the McDonald brothers when it comes to franchising McDonald’s and expanding it, while trying to stay true to their core values.

While this film operates as a really interesting look inside of a story that you likely knew nothing about, it also manages to be an incredibly interesting character study and somewhat of a statement on relentless capitalism and exploitation of genuinely original idea being taken over by copyright. The only reason I say “somewhat” is because of director John Lee Hancock, who has done films such as Saving Mr. Banks and The Blind Side. I think he’s a solid director and that he did a solid job here, but it never feels like he wants to push the film past being “really interesting” to simply, flat-out “amazing” such as similar films like The Social Network or The Wolf of Wall Street. I’m not saying that every film has to be at that level in order to succeed, but the most disappointing factor here is that The Founder has a flat-out great first-act and a really good second and third, with great moments sprinkled in throughout. I walked away satisfied, but they could’ve made this one of the best films of the year.

However, the one thing that pushes this film forward even in its slower moments is the genuinely great performance by Michael Keaton. He delivers a truly interesting and dynamic performance here, that seamlessly shows the affects of capitalism and greed. He starts off as a decent guy, but never truly warmhearted or exceptional, but by the end turns into a complete scum and the worst kind of businessman. Or maybe the best kind? The film tells you repeatedly that what’s he doing is wrong, but in terms of what he was trying to achieve, he did all the most essential things. As I stated, The Founder misses the mark on becoming a great film somewhere in the middle, but it remains to be an interesting insight into a story that I wasn’t aware of, as well as a super interesting character study that paves way for yet another exceptional performance from Keaton. 3.5/5.

INTERVIEW — Infinity and Beyond: Comedy Legend Tim Allen Talks "Toy Story 4" and Stand-Up at The Mirage in Las Vegas 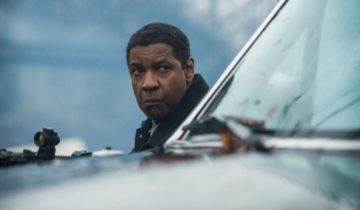