In celebration of the 80th anniversary of the Caped Crusader, Warner Bros. Home Entertainment is bringing DC’s popular super hero Batman to pristine 4K Ultra HD** with the release of Tim Burton’s Batman and Batman Returns, and Joel Schumacher’s Batman Forever and Batman & Robin.  The remastered Batman Four Film Collection will be available on Blu-ray and Digital on September 17 — for the first time featuring Dolby Atmos. 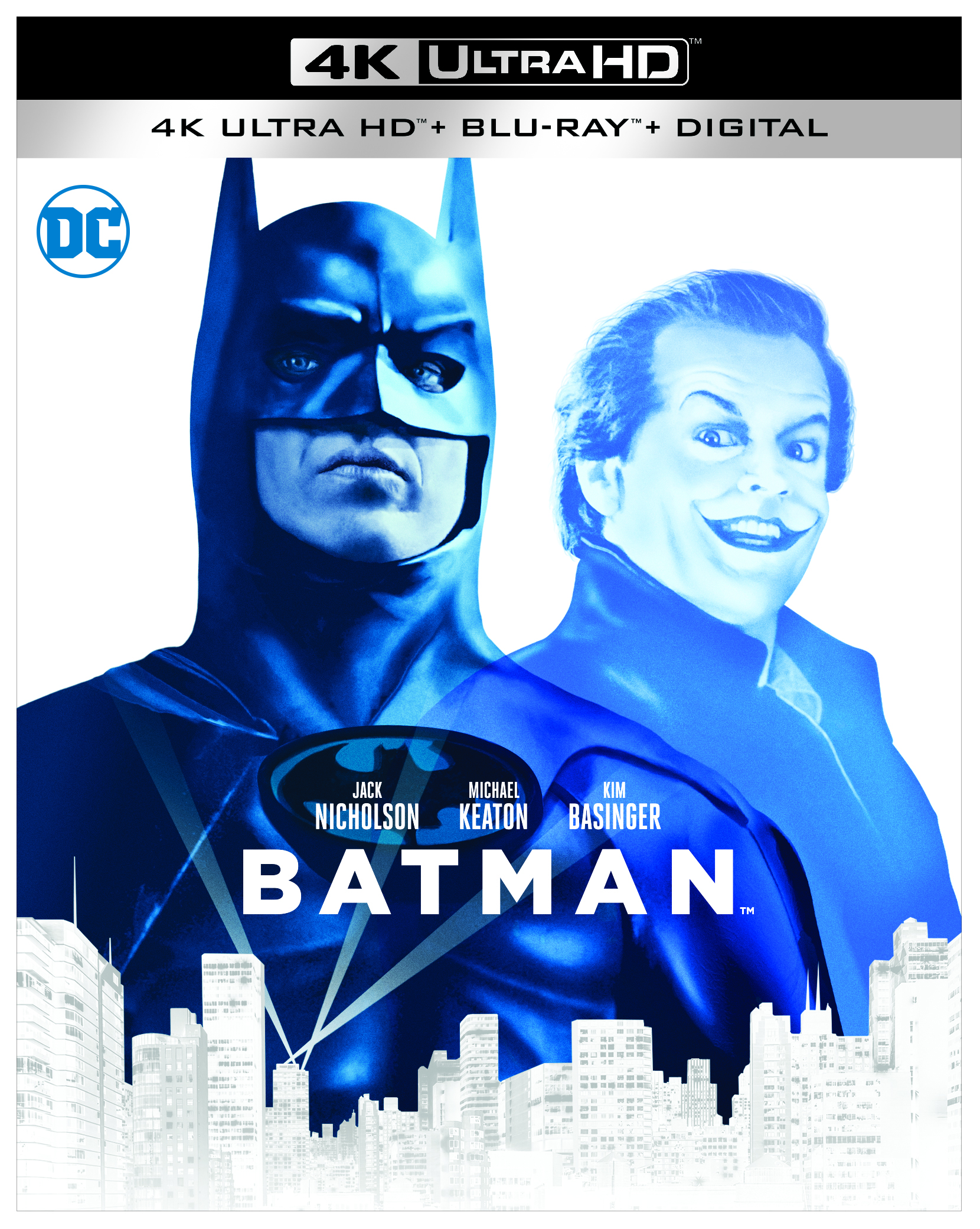 Batman
The Dark Knight of Gotham City begins his war on crime with his first major enemy being the clownishly homicidal Joker.

1989’s Batman was directed by Tim Burton and stars Jack Nicolson as The Joker and Michael Keaton as the Caped Crusader.  Produced by Jon Peters and Peter Guber from a screenplay by Sam Hamm and Warren Skaren, the film also stars Kim Basinger as Vicki Vale. The film won an Academy Award for Best Art Direction. 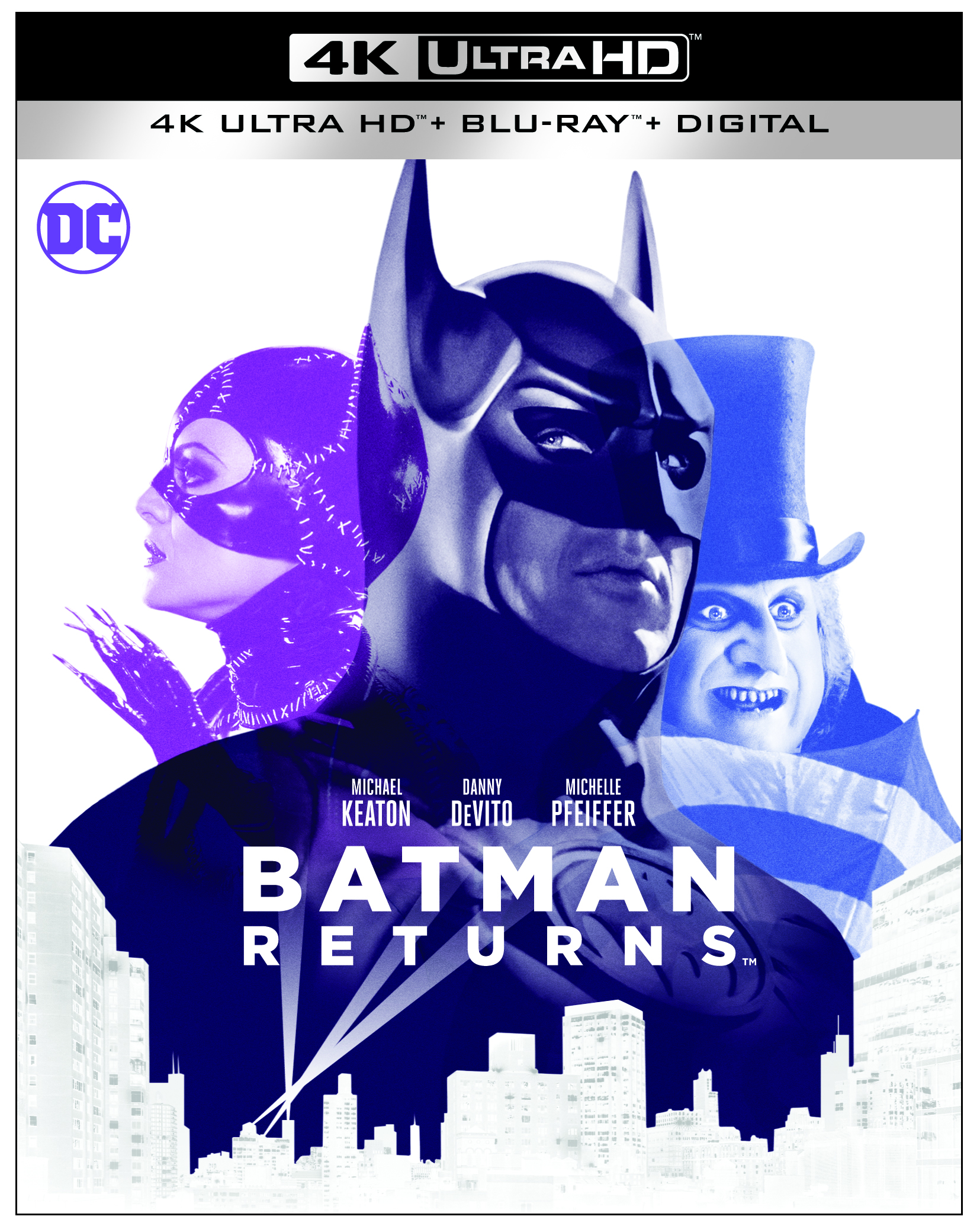 Batman Returns
When a corrupt businessman and the grotesque Penguin plot to take control of Gotham City, only Batman can stop them, while the Catwoman has her own agenda.

1992’s Batman Returns was also directed by Burton and stars Keaton again as The Dark Knight.  Produced Denise Di Novi and Burton, the screenplay is by Daniel Waters from a story by Waters and Sam Hamm.  The film also stars Danny DeVito as Oswald Cobblepot/The Penguin, Michelle Pfeiffer and Selina Kyle/Catwoman and Christopher Walken as Max Shreck. 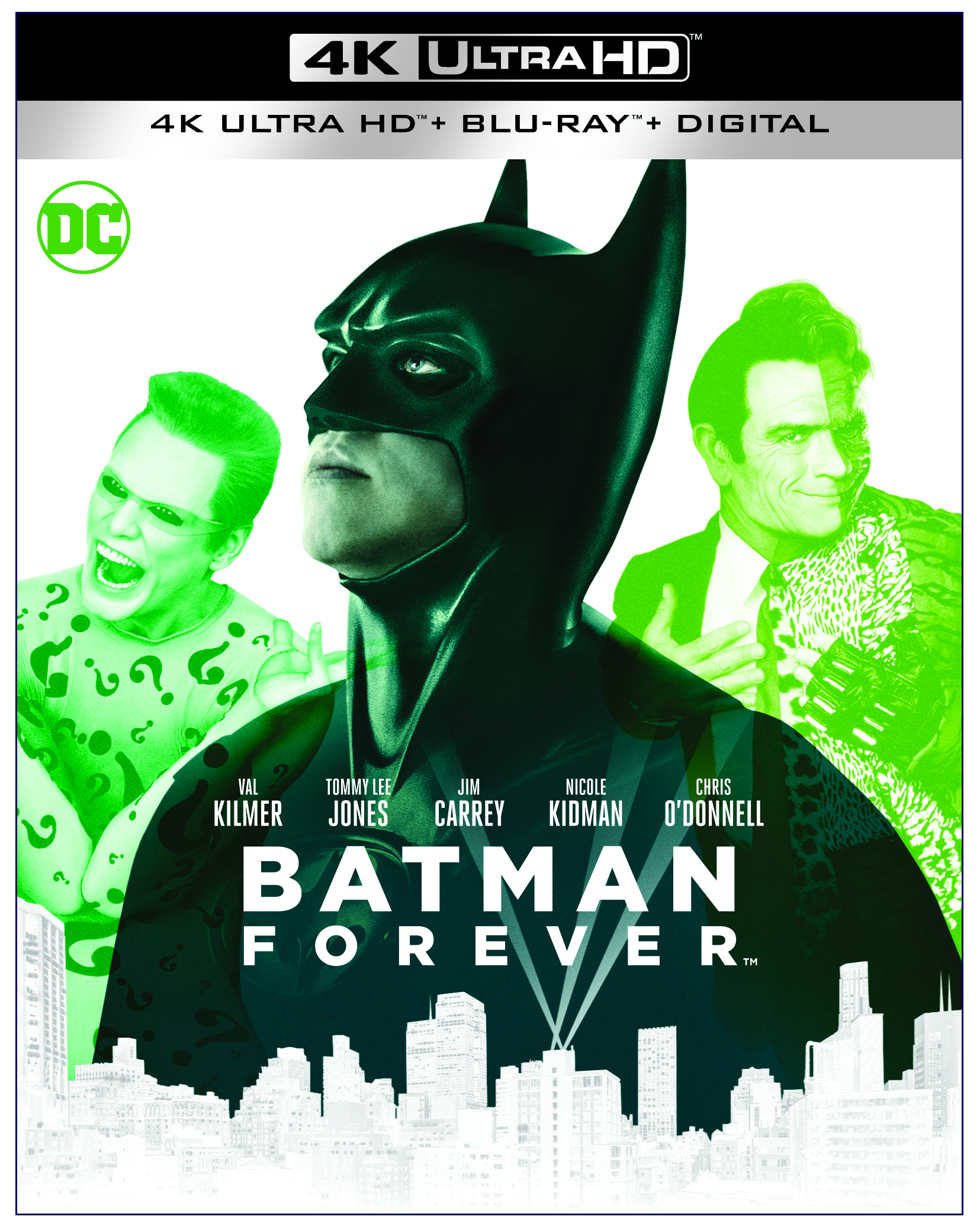 Batman Forever
Batman must battle former district attorney Harvey Dent, who is now Two-Face and Edward Nygma, The Riddler with help from an amorous psychologist and a young circus acrobat who becomes his sidekick, Robin. 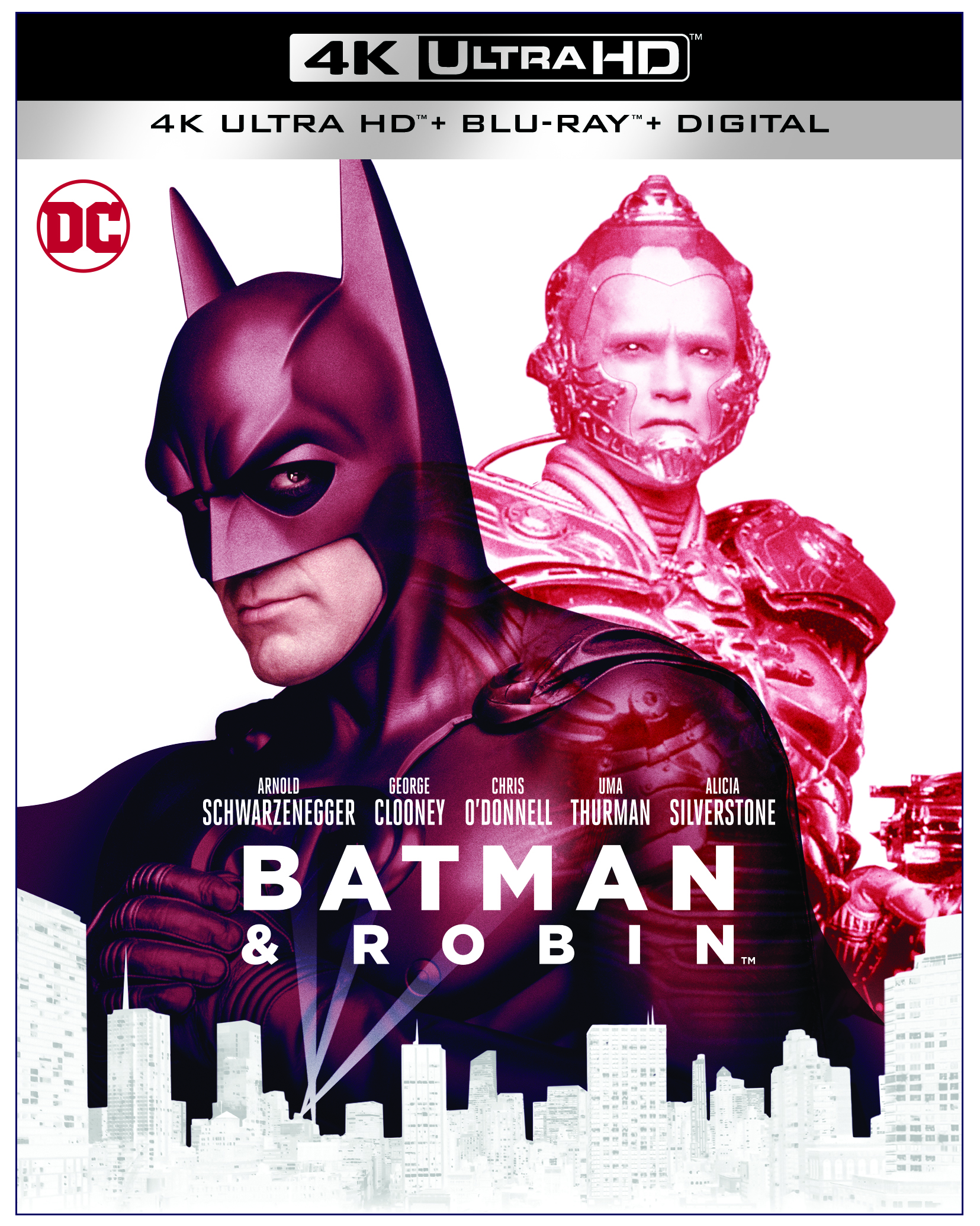 Batman & Robin
Batman and Robin try to keep their relationship together even as they must stop Mr. Freeze and Poison Ivy from freezing Gotham City.

All four films are rated PG-13.

** For the complete 4K Ultra HD experience with HDR, a 4K Ultra HD TV with HDR, an Ultra HD Blu-ray player and a high-speed HDMI (category 2) cable are required.

Enter to win a digital copy of this film!! COMMENT BELOW with the name of your favorite ACTOR WHO PORTRAYED BATMAN.