No Escape focuses on an American family, the Dwyers, that moves to a new home in Southeast Asia, where they are trapped in the middle of a violent civil war. The rebel forces are killing everyone and anyone, but they are especially seeking out any foreigners. Thus, the Dwyers are in grave danger. As Jack Dwyer, Owen Wilson provides comedic relief, but he conveys enough urgency and compassion to make Jack relatable. Lake Bell’s performance as Annie Dwyer works because she captures her character’s struggle to survive as well as her own internal struggles. That being said, the best performance of the film is from Pierce Brosnan, who portrays Hammond, a man that helps protect the Dwyer family as rebel forces pursue them. Brosnan has excellent comedic timing and his seasoned, survivalist mentality makes him a welcome presence. Both Sterling Jerins and Claire Geare, who star as Jack and Annie’s two daughters, are charming, humorous, and believably scared out of their wits during the chaotic chase sequences.

Despite the fact that the cast makes their characters interesting and relatable, the writing behind each character is simple and underdeveloped, which prevents any of them from being compelling in their own right. Consequently, none of these characters could lead their own film, in which they are not being chased by armed rebels trying to kill them. Screenwriters Drew Dowdle and John Erik Dowdle fail to provide an adequate backstory for Hammond. Admittedly, there are several lines of dialogue that attempt to address Hammond’s past, but they do not elaborate enough. The screenwriters also failed to provide a reason for why Hammond is in the same place at the same time as the Dwyers. Throughout this film, there are several situations where characters are put into tense situations that are resolved haphazardly. At one point, Annie Dwyer hears armed rebels coming and is able to hold the door shut long enough for them to leave her alone (huh?). In the same sequence, it is clear that Hammond is in the hotel fighting armed insurgents, and even though he does not get onto the rooftop, he manages to get past countless armed insurgents so that he can protect the Dwyer family later in the film.

There are two major out-of-place plot points that inhibit the impact of this story. The given motivation for the armed rebels’ actions, which sets the plot into motion, feels rushed because of its brevity and simplicity. The political subtext behind the revolution either needed more development or to be ignored entirely. Another out of place portion of this film is the opening sequence, which features the armed rebels murdering the leader of the unnamed setting. In the first twenty minutes of No Escape, all but the opening sequence is a family comedy and drama. While the intent of the opening sequence seems to be a foreshadowing of the dark events to come, the screenwriters hardly address it throughout the entirety of this film.

Unfortunately, writer/director John Erik Dowdle, who directed Quarantine, As Above So Below, and Devil, misuses slow motion in several key scenes. While slow motion can heighten an action beat and tension, it can also make it unintentionally hilarious. Jack Dwyer, portrayed by Owen Wilson, throws his kids from one building and onto the next, so that they may evade being murdered by rebels. Many will find the premise of this scene too implausible to take seriously. Watching the girls fly through the air in slow motion looks so ridiculous that it is more amusing than tense. It does not help that Owen Wilson’s throwing of the children looks even more ridiculous in slow motion.

To be fair about said scene, the filmmakers did do an excellent job of  making the characters’ landings and hesitance to jump as convincing as possible. None of the protagonists land smoothly and all of them are scared. In fact, the best instance of slow motion is when Lake Bell’s Annie Dwyer almost runs and jumps to the other building, but stops at the last second. While most summer blockbusters feature slick action and stunts, this method would not have suited No Escape. The family of protagonists is supposed to a normal family without any parkour training or anything of that nature. In terms of authenticity, the filmmakers also made the protagonists look sweaty, as if they were actually running and fighting for their lives. If the protagonists do not look sweaty and dirty in a film like this, it makes the experience less authentic and engaging.

John Erik Dowdle utilizes his horror movie background to guide his staging of the many frantic chase sequences. Each chase sequence is staged well enough to be tense and engaging. Sometimes, Dowdle subverts thriller tropes in order to elevate said tension. For example, when Annie looks through a peep hole in the hallway of an apartment under attack from rebels, audiences expect there to be a rebel banging on the door, or staring back at her as the score music blares loudly. Instead, Annie sees the rebel committing atrocious acts of violence, which makes his approach that much more terrifying and suspenseful. The chase sequences are further elevated by an excellent, heart-pounding score by Marco Beltrami and Buck Sanders.

No Escape is a serviceable thriller with a strong score, solid performances, and mostly well-directed chase sequences, but it suffers from underwritten characters, implausible and underdeveloped plot points, and an overuse of slow motion. 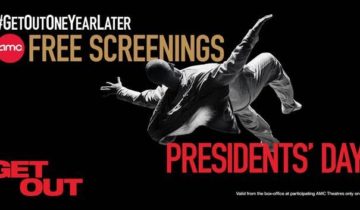