The world famous House of Blues, located within the Mandalay Bay Resort and Casino on the Las Vegas Strip, is just the latest venue to attempt to contain the vigorous Flint Eastwood — the unconventional stage name for equally atypical frontwoman Jax Anderson — whose infectious onstage energy is fittingly paired with even more contagious music.

She backed Foster the People (behind hits “Pumped Up Kicks,” “Sit Next to Me”) over two shows in Australia earlier this year, and now she’s on a spring 2018 tour across the United States.

The fiery Detroit-based performer behind catchy singles “Queen,” “Push,” and “Monster” blends dance-pop synthesizers, hip-hop beats and rock guitars, making for a unique chameleon-like style that shares a defining characteristic: Anderson is likely the most high-energy performer you could hope to witness when you’ve come to dance yourself to exhaustion.

She is, in the best way, a blaring alarm clock — impossible to ignore and just as rousing.

An indefatigable Anderson bounds across the stage as a human ping pong ball, unleashing that unbridled intensity on a more than welcoming crowd, whose spirited feedback is her lifeblood.

Anderson’s set was preceded by exalted cries of “I love yous” from the bundle of fans tightly packed into the standing-room-only floor, quickly converted into a sea of bobbing hands as Anderson burst into her impossible-not-to-move-to set.

She is her own hype man, commanding attention as she thunders and roars into the mic.

“I feel, for a longtime, there was a trend, especially with female singers, insisting they be static, stand still, seem soft or gentle and don’t show emotion and that’s totally opposite of anyone I’ve ever admired,” Anderson told the Detroit Free Press. “I think it’s important to make people embrace these emotions and I wanted to convey that on [second EP] ‘Small Victories.'”

Anderson carries an unabashedly confident “f—k you, this is me” swagger, the singer-songwriter describing her writing as “songwriting that catches people’s attention.”

“It’s disguised pop music,” she explained. “Pop can be discounted as hollow or shallow and that’s because most of it’s made for the widest audience possible to enjoy. What I try to do is make something that people who don’t typically like pop music can engage with.”

Whether it’s the ‘80s synth and electronica vibe thrown out by “Monster” or the softer and airier “Find What You’re Looking For,” Anderson’s art, like anybody else’s, is “a culmination of everything they believe in and everything they’ve enjoyed,” she said.

“And for me it’s taking that pop side and that underground indie-folk side that really had substance and working on mixing those two different elements.”

Flint Eastwood will next appear in Texas over two nights March 15 and 16 before tackling Oklahoma, Missouri, Wisconsin and beyond throughout June. The complete tour schedule is available through the official website and Flint Eastwood’s “Broke Royalty” EP can be streamed via SoundCloud.

REVIEW — "A Wrinkle in Time" 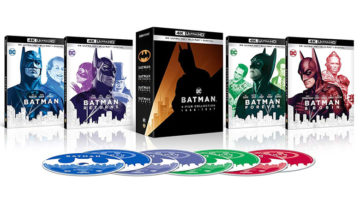