The guitar-strumming singer/songwriters co-wrote every track on Port Saint Joe, authentically recorded in the same small coastal Florida town from which the album borrows its name.

Its lead tune, whiskey-fueled rocker “Shoot Me Straight,” the first single off the brothers’ anticipated sophomore album and a 13-week resident on Country Radio’s Top 40, is characteristically rowdy and the newest move-your-ass country anthem from the two-time CMA Vocal Duo of the Year.

Performing seven songs off the 10-track album, some for the first time publicly, Brothers Osborne debuted the easy-going and groovy “Slow Your Roll,” the soon-to-be-playing-everywhere sentimental and slower “I Don’t Remember Me (Before You),” the jukebox-ready “Weed, Whiskey and Willie,” and surefire hits “Drank Like Hank,” “Pushing Up Daisies (Love Alive),” and “A Couple Wrongs Makin’ It Alright.”

“Working this out, we haven’t played a lot of the record live. So you’re some of the first really to ever see it, to be honest with you,” lead vocalist T.J. Osborne told the crowd.

“I don’t know if it sounds that way — maybe you’re like, ‘yeah, I can tell. I can tell you haven’t been playing these songs very much,’” Osborne joked. “But we wanted to give you guys as much of a taste of our new record as possible.”

Like all great tastes, the sample leaves you wanting more.

Performing in Las Vegas for the first time since their appearance at the Route 91 Harvest Festival on September 29, 2017 — just two days before the October 1 shooting that claimed 58 lives — Brothers Osborne included a heartfelt instrumental interlude of “Amazing Grace,” honoring the city of Las Vegas and the lives affected by the tragic attack.

In town for the 53rd Annual ACM Awards, where Brothers Osborne are nominated again for Vocal Duo of the Year and Music Video of the Year for Top 10 hit “It Ain’t My Fault,” the siblings brought Vegas a rousing show — if only they could stay a little longer.

Brothers Osborne recently announced their first headlining UK tour set to launch May 4 in Dublin, Ireland with additional stops in Belfast, London, Manchester, Glasgow and more. The duo will then join Dierks Bentley on the “Mountain High Tour” kicking off May 17 in Columbia, MD. Tickets and additional information can be found at the official Brothers Osborne website. 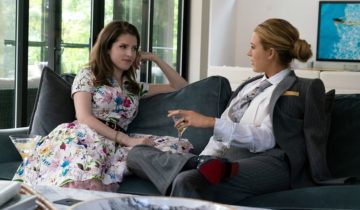