REVIEW — “When The Game Stands Tall”

When The Game Stands Tall is the story of the De La Salle High School football team, coached by Bob Ladouceur, (Jim Caviezel). For over a decade, Coach Laduceur has lead his team to accomplish the largest winning streak in sports history. But when their streak ends, the team learns that winning and breaking records aren’t everything.

The only compelling think about the movie is the beginning. The De La Salle Spartans are not underdogs. The film starts with their biggest triumph, a 152 game winning streak. However, despite this unique start, the movie follows the same exact formula of every inspirational sports movie ever.

There is nothing special about this movie to set it apart from any football flick you’ve seen before. There’s a little bit of everything but not enough of anything.  It isn’t particularly heartwarming, moving, or even funny.  They set up some characters in situations that have the potential be interesting, but the development ends up rushed and predictable.  Every opportunity for the audience to connect with any of these characters falls flat.

The other main issue is that it is way too long and has a weird double ending. The whole movie builds up to a big game and it seems like the movie is almost over. Psych! You’re still on the hook for another half hour and an even bigger MORE IMPORTANT game. So then you endure the football Déjà vu and THEN it’s over.

Overall, I was disappointed.  Anything good that it had going was overshadowed by boring clichés. The lack of anything interesting in this film makes it one of the more forgettable movies I’ve seen all year. I advise you movie goers to move along to something else. Unfortunately, here is nothing new to see here.

REVIEW — "The Possession of Michael King” 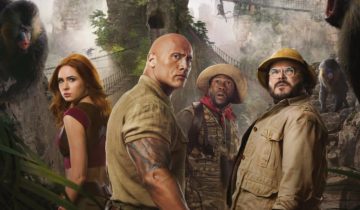