Home›Movies›REVIEW — “If I Stay”
Movies

“If I Stay” is the kind of romantic drama that sucks girls in, but leaves men wondering, “…What?” In a nutshell the story is about a girl who ends up in love with a rock star who doesn’t believe in her following her dream instead of being with him. Stuff happens, then there’s a car accident, and then we see her having an out of body, near death, experience where she remembers the few weeks leading up to this moment, and how everything falls into place. Based off of a beloved book (series of books?) it feels like a feature length soap opera.

Chloe Grace Moretz (Hit Girl from “Kick-Ass”) stars in this adaptation, and really proves she has what it takes to someday be a leading lady in high profile films. While she isn’t at that point yet, since she still comes off as just a kid in her performances, it’s obvious that she’ll be there soon. Add to her performance that the supporting cast makes you feel like this is a real family, and you have a very believable central set of characters. Toss in there Stacey Keach who, though given limited screen time, gives his best performance in years. My only issue was the boy they picked to play her love interest as he was meant to be madly in love with her, but only rarely was able to give off that feeling to the audience (and it wasn’t because of his character).

The film is filled with your usual teen angst and drama which makes it a little unoriginal, but it starts to shine with the tragic incident involving our lead and her family. While a lot of the flashbacks don’t really contribute much to her situation, or her decision to stay or go (hence the title “If I Stay”), there are some that pack a pretty mean emotional wallop. Knowing that certain things might never happen for her again, knowing that certain things might never be the same for her again, helps you feel for her quandary between choosing to let go or push on, but at the same time you know exactly how things are going to end (a very clichéd and abrupt ending at that).

A lack of originality, despite an interesting plot device, keeps “If I Stay” from being a unique experience, but still leaves it with a big audience. Targeted at females (which I am not), the story tugged on all the right heart strings, and left many audience members teary eyed. It’s well acted, decently written, but not very thought provoking which sets it down for me. This is certainly something families could see, but older males might find little of interest (outside of kick-ass music references). While it didn’t have me captivated I can still say it was a good movie. 4/5 (Side Note: I really enjoyed everything about the music in this. Gave me an “August Rush” feeling)

REVIEW — "When The Game Stands Tall" 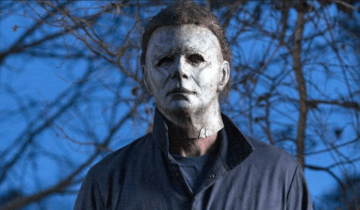