Joel and Ethan Coen’s Hail, Caesar! is sporadically entertaining and amusing, but it suffers pacing issues and an overstuffed, frivolous plot.

Hail, Caesar! stars: Josh Brolin (“Sicario”), George Clooney (“Ocean’s Eleven”), Ralph Fiennes (“Skyfall”), Scarlett Johansson (“The Avengers”), Tilda Swinton (“Trainwreck”), Channing Tatum (“21 Jump Street”), and Jonah Hill (“Moneyball”). Due to the fact that this is a quirky mystery-comedy, the comedic timing of every star is essential. Thankfully, all of these stars are dedicated to their roles and have excellent comedic timing. For example, there is a hilarious scene in which Scarlett Johansson’s DeeAnna Moran discusses the difficulties of wearing a mermaid costume whilst pregnant. Also, the “No Dames” musical number featuring Channing Tatum’s Burt Gurney dancing in a memorable fashion is one of the best scenes of the entire film.

Hail, Caesar! is at its best during extended scenes in which the characters’ quirkiness clashes with one another. Ralph Fiennes portrays a highly-regarded director, Laurence Lorentz, who has to teach an actor known for singing and performing horseback riding stunts in Westerns, Hobie Doyle. Alden Ehrenriech (“Blue Jasmine”) is able to capture the charm and cluelessness it takes to make his character shine and an ample source of comedic relief. Because Doyle is unable to say words that more affluent and sophisticated individuals would say, it is irresistibly amusing to see Lorentz attempt to direct him.

Unfortunately, in between many of the well-written, acted, and directed comedic moments, there are several lulls which make this 1 hour and 46 minute film feel more like 2 hours and 10 minutes. At times, there are several moments that failed to be as silly and funny as Joel and Ethan Coen intended. In the first fifteen minutes, there were only a few snicker-worthy moments until Josh Brolin’s Eddie Mannix, a well-regarded studio “fixer,” discusses the depiction of Christ with various religious leaders. This scene alone could have been the basis for a hilarious short film.

The frivolous, weak plot only worsens the pacing issues. According to IMDb, Hail, Caesar! is about, “A Hollywood fixer in the 1950s works to keep the studio’s stars in line.” While this is accurate, there are far too many subplots and characters for this film to remain focused. This is evident in that this film is about the abduction of George Clooney’s Baird Whitlcok by Communist Hollywood screenwriters, Eddie Mannix deciding whether to remain a studio fixer or take a new job, DeeAnna Moran trying to hide her pregnancy from the press, Hobie Doyle struggling to portray a sophisticated character, and two twin reporters digging for stories regarding Capital Pictures.  To be frank, there are several more similarly superfluous subplots than those detailed here.

Joel and Ethan Coen’s Hail, Caesar! fails to resonate emotionally because the theme is convoluted and obscure. In spite of the two monologues in the final scenes that are meant to provide some sense of meaning, this film is too scattershot and silly for dramatic resonance. One vital example of this is the fact that all of the scenes that deal with Eddie Mannix’s struggle are far too silly or underdeveloped to make the audience care whether he chooses a new job or remains a studio fixer. Without an emotional core, Hail, Caesar! makes less of an impact than it should considering it is from the writers and directors of True Grit (2011), Fargo, Raising Arizona, No County for Old Men, O Brother, Where Art Thou?, and The Big Lebowski.

That being said, there are enough strong performances from the talented cast and sporadically amusing comedic moments to make Joel and Ethan Coen’s Hail, Caesar! watchable, yet ultimately forgettable film.

Are you looking forward to Hail, Caesar!?

Hail, Caesar! is 1 hour and 46 minutes long and rated PG-13 for “some suggestive content and smoking.” 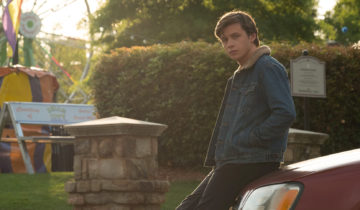