Taking familiar elements from both family and court dramas, “The Judge” weaves together a story that is both interesting and emotionally fulfilling.

The film opens with one of those courtroom-bathroom-lawyer-showdowns that only happens in the movies.  Hank Palmer (Robert Downey Jr.) is a master defense attorney in Chicago, the kind who has no problems sleeping at night because “his wife has an ass like a cheerleader.”  But upon returning to the hearing he receives a disturbing phone call that sends him back to his podunk hometown in Indiana and begins revealing the cracks beneath his polished exterior.  As he returns home we are quickly introduced to the men in his family.  Two brothers, one older, one younger, and his estranged father, Judge Palmer (Robert Duvall).  During this opening act we learn of the interesting dynamics between these four men, and the deep wounds that bind them.  Soon, however, an event turns their lives upside down and The Judge is put on trial for the death of one of the town’s residents.

There are a lot of familiar, almost cliched, elements in this film, but instead of being actual plot points, they are merely the framework on which the story is told.  Yes, Robert Downey Jr. is playing another cocky version of himself, but this character has depth.  His arrogance, while at times appropriate, is also a facade for the hurt and insecurities he tries to keep bottled up.  Yes, Robert Duvall plays yet another hard-headed old man, but he has reasons for the way he divies up his affection, and why there have only been occasional acts of mercy during his years as Judge.  Both are very convicted men, living and dying by what they believe to be true in their hearts, even though they disagree with each other wholeheartedly.  Desperation forces the father and son to work together, with the results putting not only their relationship but also lives on the line.

The full cast of this film is amazing, each and every performance rivals the best work they have done.  Scenes are loaded with subtle complexities that make it feel more “real” than other similar films.  The balance between family drama and legal drama is masterful and keeps the audience involved both emotionally and mentally.  Fortunately there are sharp jabs of humor sprinkled throughout the movie to keep it from being too emotionally draining.  Many times in a film such as this, the cinematography takes a back seat to the story.  That is not the case in “The Judge.”  The entire film is beautiful with a lot of attention paid to shot composition.

In virtually every way, “The Judge” ranks as one of the best films of 2014.  Go see it now, and watch for a number of Oscar nods early next year. 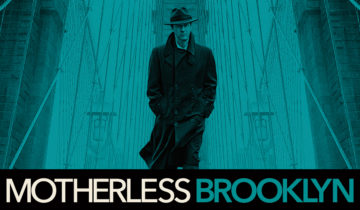