The less you know about the movie, the more you will enjoy it. Avoid all trailers, audiobooks, and discussions, just go see it.

“Gone Girl” is one of those extremely difficult films to review, as it’s near impossible to discuss without potentially unveiling one of the movie’s voluptuous plot twists.  In some reviews, just saying “plot twist” can ruin a film, alerting the audience from the onset that all is not as it seems. But the narrative in “Gone Girl” is much more complex and layered than say a M. Night. Shyamalan flick.  The story, character’s motivations, and even the tone weave in and out, like a twisty mountain road.

The story opens on the morning of  Nick (Ben Affleck) and Amy’s (Rosamund Pike) fifth anniversary.  Nick spends most of the morning chatting with his twin sister Margo (Carrie Coon) Upon returning home he find parts of his home in disarray and his wife missing.  The police arrive, and soon Nick is a suspect in her disappearance.  Both Neil Patrick Harris and Tyler Perry have wonderful supporting rolls later in the film.  To reveal anymore of the plot would be a crime.

David Fincher (Fight Club, House of Cards) has crafted another masterpiece.  The film starts off as a mystery as the antagonist is unknown, eventually it draws laughter from the audience with its macabre sense of humor, and it concludes with a third act dripping with tension. For those who have read the book and think they have it all figured out, you should know that author Gillian Flynn also wrote the screenplay and provided an alternate ending.  All of the performances are top notch, creating nauseating characters that we at times feel compelled to commit violent acts against.

Highly entertaining, this one is not to be missed. And although it should be required viewing before any marriage, this is NOT a good first-date movie. 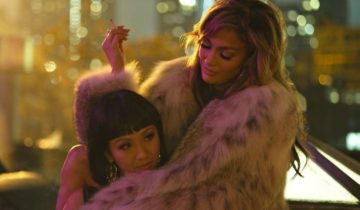