FINALLY! This is the BEST version of Spider-Man there has EVER been on the big screen. With just the right amount of cheese, nerd talk, and action we are given a fun film for the whole family, and an amazing way to kick off the summer.

There are few things I need to gripe about before I talk about what really worked: the first is the writing/editing. They tried so hard to shove so much stuff into one flick, in order to setup sequels and spin-offs, that they weren’t able to properly flesh out certain plot points and characters. This doesn’t diminish the enjoyment factor of “The Amazing Spider-Man 2,” but it certainly takes away from the quality and leaves you wanting more information. You’ll also notice huge things from the trailers are just completely missing, and it’s this bad editing that makes you question some motives and outcomes in the story. My other gripe was with Dane DeHaan. He is always on my list of up-and-coming talents, but he failed to deliver as Harry Osborne to me. He delivered what I consider to be a stale performance, and it was a big letdown.

On to what works… pretty much everything else. The action scenes were very well choreographed, easy to follow, and A LOT of fun to watch. While I can’t personally see 3D the people around me all commented on how it didn’t hurt their eyes, and made the action sequences even more enjoyable. I was lucky enough to see this in IMAX, and I have to say…IT’S WORTH IT. All the big action pieces really come together on the enormous screen, and you can’t beat that sound quality ANYWHERE.

The rest of the cast was exceptional as well with stars Andrew Garfield and Emma Stone (real life couple) really selling their on-screen chemistry. Every scene they are in feels real, no doubt because of their off-set romance, and you can really relate to their plight and tragedy. Jamie Foxx also tore it up as Max Dillon (aka Electro), but he and a few others were victims of editing and too much crammed into one flick. Sally Field, Paul Giamatti (who I guess will be in the sequel), Felicity Jones, Chris Cooper, B.J. Novak and Colm Feore are all criminally underused. Felicity and B.J. actually play important characters in the comics, but are given so little to do you will NOT remember they were even in this by the time it’s over. Also…WHERE IS MARY JANE (I already know)?!?! Edited out one of the best actresses in the flick.

As a whole this is EXACTLY what fans of the character want in a movie, and this is the PERFECT summer blockbuster. Humor, Cheese, Action, Special Effects, and a little drama all rolled into one make for a great time at the theater. Though there were a few moments that were a little too cheesy even for a Spider-Man movie I think the director did a great job balancing everything. Despite the obvious plot issues caused by shoving too much into one film it never gets awkward or bad like “Spider-Man 3.” If I had to recommend anything it would be to see it in IMAX 3D as it’s truly amazing for this kind of thing. Summer is officially here! 3.5/5 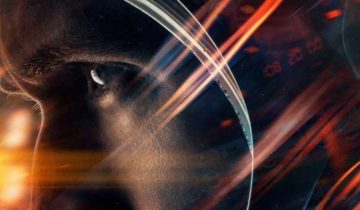