Going into it I had never seen a trailer, and I had zero expectations, and I think that’s the best way to see this. There are a slew of good things to say, and not much negative, and something that takes place entirely in a car. From the acting to the writing everything really fits to turn this into a tight little drama.

The story follows the main character named Locke, played by Tom Hardy, who is dealing with several personal issues and one professional issue, and we follow him on his journey to do the right thing. Tom Hardy DOMINATES this role, and delivers the second best performance of his career (behind “Warrior”). You don’t actually get to see anyone else in this, but the rest of the cast were able to portray exceptional range through just the use of their voices (not necessarily an easy task).

One of the only issues I had against this was that since the entire thing takes place inside his car the environment can grow a little stale, and you can start to feel a little bored. It also takes a little while to build things up, but since the length of the car ride is the length of the movie it’s natural that it would be a slow build. With the flick being so short, and the subject matter not being THAT impactful on audiences, this also diminishes the ability to enjoy repeat viewings.

The director and writer managed to turn what could have been a boring car ride into a character piece. They really helped establish Hardy’s character, and they made you feel for him. They added depth to his flawed persona, and left you wondering what you would do in his or his wife’s situation. These stories that get you thinking really set themselves apart from other genre fare.

While this is a quick flick it does have some moments where it slows a little too much, but the character portrayal and development really keep your interest. Excellent acting, quality writing, and great direction set this drama apart, but its setting (while unique) inhibits it from maintaining interest. This is definitely worth a watch once, either in theaters or at home, but is not something I’d be looking to re-watch ever again. 4/5 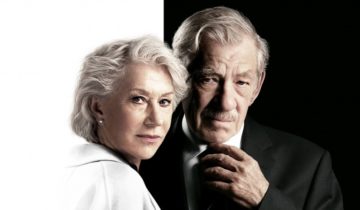