From Black Beauty to Flicka, the story of a young, rebellious girl and her horse has been told and retold, made and remade countless times. Dreamworks’ new animated release, Spirit Untamed, follows the same path.

A spiritual sequel-in-name-only to 2002’s Spirit: Stallion of the Cimmaron, Spirit Untamed is a beautifully animated story of one girl, Lucky Prescott (Isabela Merced, Dora and the Lost City of Gold), who is aided by a majestic stallion on her journey of self-discovery.

Following a family tragedy, young Lucky is shipped away by her grief-stricken father (Jake Gyllenhaal) to live with her aunt (Julianne Moore) on the east coast. Several years later, when Lucky’s “spirited” ways become problematic in the big city, the young lady is sent back to her western hometown of Miradero, a “small town on the edge of the wide-open frontier.”

It is on her way out west that Lucky first meets Spirit, a wild stallion. She feels a deep connection to Spirit and this chance encounter awakens something within her — something that ties back to the mother she never really knew.

While Lucky struggles to reconnect with her overprotective father, she does make fast friends in Miradero with “PALs” Pru (Marsai Martin) and Abigail (Mckenna Grace). Soon, the trio must embark on a perilous adventure into the wilderness to rescue Spirit’s familial herd of wild horses from a villainous pack of horse wrangling thieves led by Hendricks (Walton Goggins).

While Spirit Untamed looks gorgeous, it is little more than a feature-length upgrade of Spirit Riding Free, the franchise’s long-running, Netflix animated series. Featuring characters and story beats pulled straight from the show, the film is a spirited ride on a well-trodden trail.

However, fans of the series and, especially, young girls will enjoy the music, mischief, and marshmallows that accompany this powerful story of a girl finding her own path in life.
2.5/5

Directed by Elaine Bogan and featuring the voice talents of Eiza González and Andre Braugher, Spirit Untamed runs 1 hour and 27 minutes and is rated PG for some adventure action. 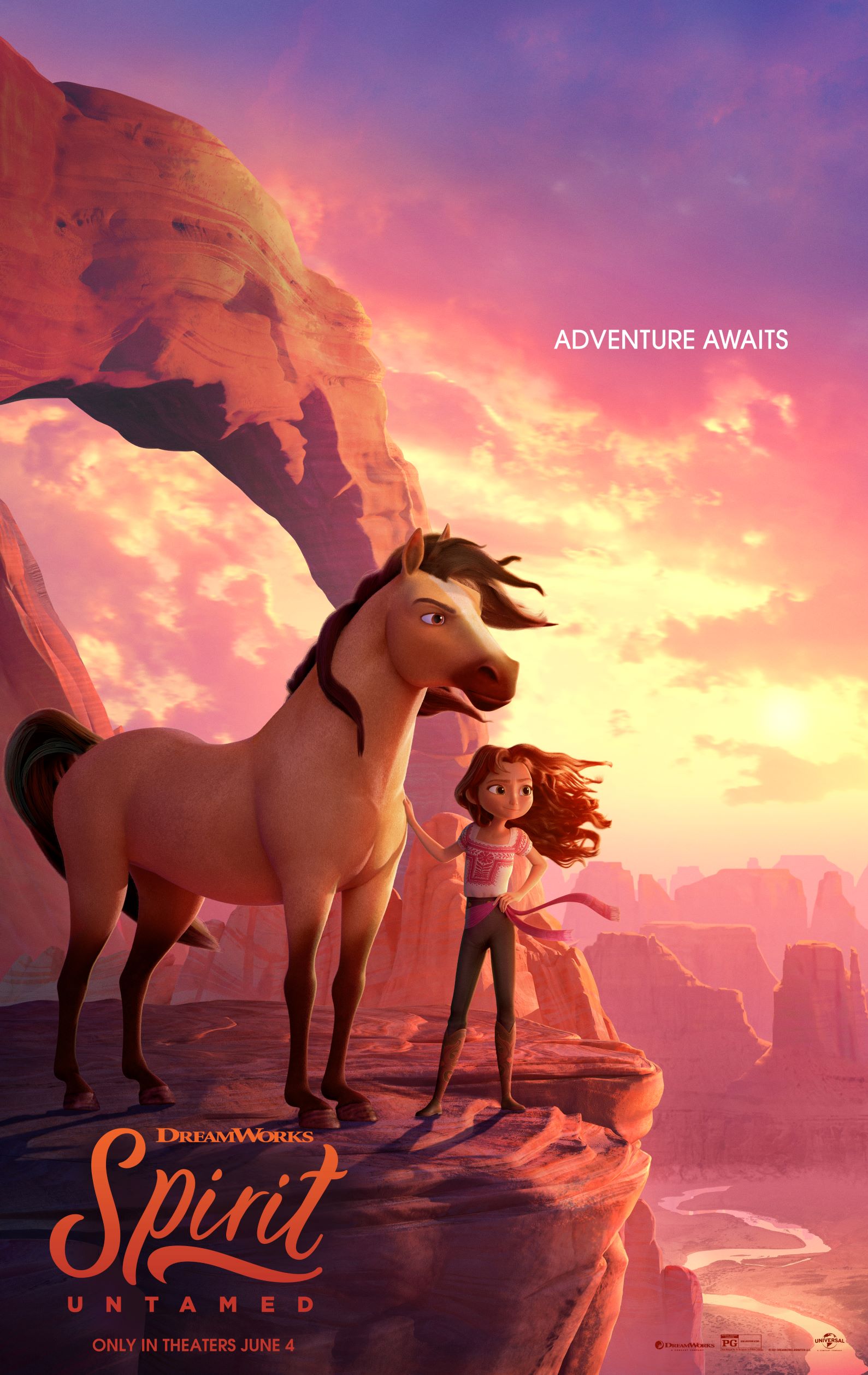