With the massive success of the John Wick franchise these last few years, you’d think there would be more films in the action genre that would feel akin to those. The only others off the top of my head that I can think of are Atomic Blonde and Extraction, but neither of which are as strong as the Wick franchise, in my opinion. Nobody shares a writer in that of Wick co-writer Derek Kolstad and has an already fairly experienced action-director in Ilya Naishuller (Hardcore Henry) in tow to make it a genuine spectacle. All of this is plenty to get me intrigued, but what really puts Nobody on the radar for many is the lead performance from that of Bob Odenkirk who has turned in nothing but incredible performances these last few years; the most notable of which is that of Saul Goodman on both AMC’s Breaking Bad and Better Call Saul.

Odenkirk stars as Hutch, a seemingly normal family man who is living a typical suburban life with two kids and wife (Connie Nielsen) that he only sees a few times a day. His thankless job, bland coffee, and morning workouts clearly weigh on him daily but he always finds a way to suppress whatever exactly it is that is boiling underneath the surface. It’s not until two burglars break into his house one night and interrupt his boring-yet-quiet life that it fully rages out in a domino effect of violence. One of the most intriguing things here is the concept of trying to put the genie back into the bottle once he lashes out in anger. Hutch is such a mysterious character, but one of the things we know about him as soon as the action starts is that he simply can’t leave it with one act of aggression. Once he lashes out at one side of a local mob that does nothing but incite crime and chaos in the city, he won’t be able to stop until the entire chain is demised and he feels satisfied with his work. 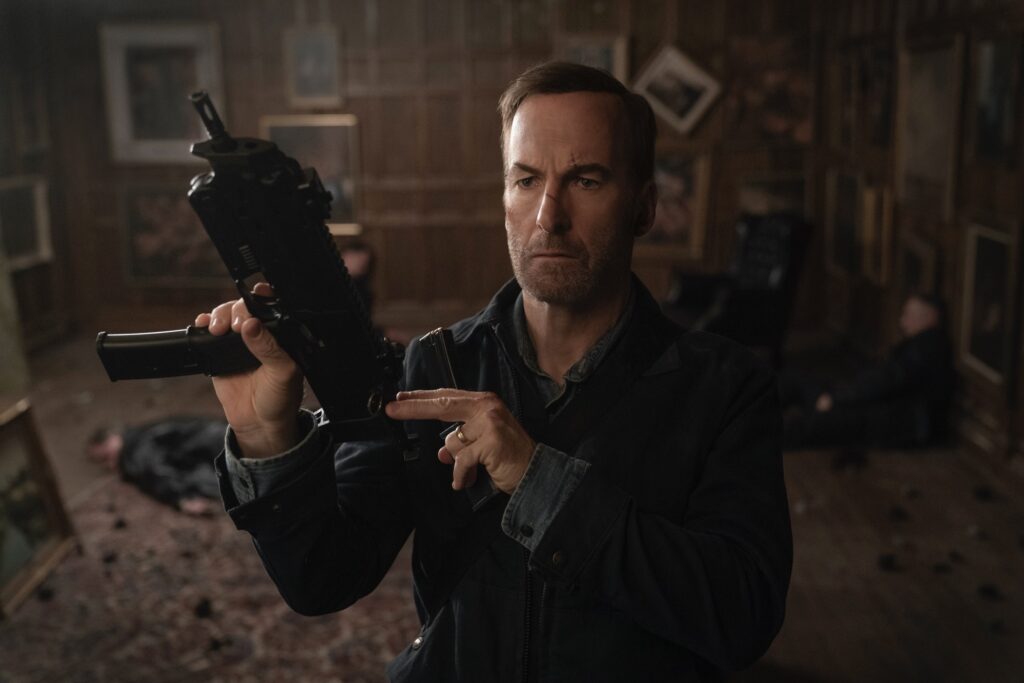 A lot of the narrative choices that I described could seem a bit formulaic to the action genre, and in many ways, I’d argue the great thing about Nobody is that all the cliches presented are done with immense self-awareness and criticism of the genre. It fully knows it’s an exploitative action piece, and never really presents Hutch as a hero so-to-speak, but simply a guy who is so convinced he’s doing good and is incapable of stopping until the job is done. He has an itch he has to scratch, no matter the cost of his family or himself. Odenkirk gives a delightfully seasoned and hardened performance here where you completely buy both sides to the character – the grumpier, assassin side as well as the quiet, suburban dad. He makes the complexities of the character shine and brings so much nuance and detail to a role that could’ve been wasted with a lesser performer.

Following off that, I think it could be said for the entire film – all of this could have been treated with less care than it got and would’ve been less special because of it. But director Ilya Naishuller completely goes for it both stylistically and in terms of gritty action. It’s completely different than his last feature, Hardcore Henry – but feels equally innovative and skillful in a unique way. The downright insane fight choreography, delightful supporting performances from the likes of RZA and Christopher Lloyd, and a carefully constructed screenplay helps this build towards a genuinely enthralling and thematically interesting film that is just as good as the Wick films; albeit an entirely different animal at the same time.