Biopics can often feel life hollow, visualized textbooks that simply jump around from historical event to historical event. They often brush over the importance of why we go to see these historical figures on the big screen – not so much to jot down a cliff notes version of their lives story – but to fully understand them as human beings. At least, that’s what a lot of my favorite biopics do. And Judas and the Black Messiah does that tenfold. The film follows both Black Panther chairman Fred Hampton (Daniel Kaluuya) at the height of his career and FBI informant William O’Neal (Lakeith Stanfield) who infiltrates the organization after being arrested and given an ultimatum by agent Roy Mitchell (Jesse Plemons) to get incriminating evidence against Fred Hampton. A lot of this stems from the unrest of the FBI at the time, especially at the hands of J. Edgar Hoover (Martin Sheen) who wants nothing more than to convince the public of how evil Hampton is and, ultimately, take him down.

The story of Fred Hampton is inherently as tragic as it is inspiring. A man who wanted to form a multi-racial coalition unlike anything America has seen before was tragically taken away from us at such a young age. But this film covers a lot of ground before that goes down. From forming the said coalition, to his personal life as a friend and lover. There’s also quite a bit you get to know of informant William O’Neal and his struggle to find evidence against Fred when he’s simply doing good for his local community. It’s particularly interesting in the moments when O’Neal becomes invested in the cause, and fully becomes a Panther himself. 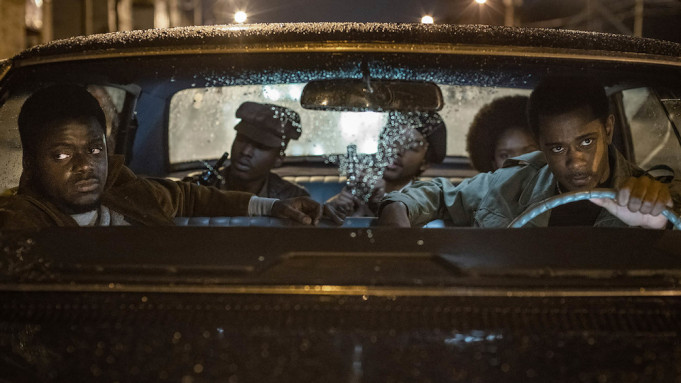 A lot of the brilliance of this movie is behind the camera, as Shaka King delivers one hell of a sophomore directorial effort. There is so much well-placed anger and energy behind the camera, making this feel all but different than a standard biopic. The screenplay at hand is also equally fantastic, as it thoughtfully not only explores the lives of these two men and the political unrest in the climate of which the film takes place – but as well as the roots and inherent values of Fred Hampton’s ideals. This film could be shown in history classes for them to truly understand him as a man, and they wouldn’t get the sanitized version of it at all.

Daniel Kaluuya delivers one of the finest performances I’ve seen in quite sometime as Fred Hampton. He has always been an absolutely commanding screen presence, and this might just be his best work yet. Lakeith Stanfield is an equally impressive actor, and he brings so much sympathy to a man who, on paper, you want to hate. But the film humanizes and never villainizes him. They just present him as a pawn who plays with the unfair cards he’s dealt. And therein lies the tragedy of this film, and what makes it both so powerful and heartbreaking by the end. It’s absolutely soul shattering and equally riveting and uplifting. A fantastic biopic.