Home›Movies›REVIEW — “Our Brand Is Crisis”
Movies

Our Brand Is Crisis is funny and features good performances, which make it an enjoyable film in spite of its character development, plot, tone, and pacing issues.

Our Brand Is Crisis boasts a fantastic cast, which is evident in that Anthony Mackie, Scoot McNairy, Zoe Kazan, and Ann Dowd all have supporting roles in this film. Each of these actors provides enough of their respective talents in order to make their characters as likeable and interesting as possible, considering that almost none of their characters have arcs. That being said, Sandra Bullock’s performance as Jane Bodine is believable enough that when she is not on screen, this film is far less interesting. Billy Bob Thornton savors his role as Pat Candy, who makes inappropriate comments about Jane and tries to get inside her head. Because Billy Bob Thornton and Sandra Bullock have strong chemistry as the protagonist and antagonist, most of this film’s flaws are overcome.

Unfortunately, director David Gordon Green, who previously helmed The Pineapple Express, Your Highness, and Joe, and screenwriter Peter Straughan failed to iron out a balanced tone between comedy and drama. The promotional material for this film made a big deal out of the fact that this was from the producer of Argo, which was a great historically-based drama with strong, snippy comedic moments, but this film is a comedy with limp and poorly-developed dramatic moments. For example, there is a ten-to-fifteen minute period where Our Brand Is Crisis switches from its comedic, conventional storytelling to a preachy political drama about how to change politics and the world. Because this portion of the film is not properly developed, it feels out of place and drags the whole film down.

With this in mind, there are, thankfully, enough zany antics and snippy, mostly effective one-liners, and just enough of Bullock and Thornton’s performances to make Our Brand Is Crisis a fun but forgettable political comedy-drama. This is definitely a film that audiences can wait to see on DVD or rent. 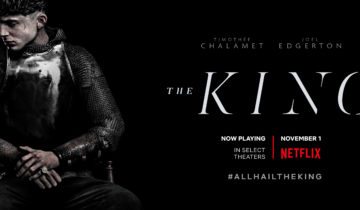