First Reformed is the latest feature by legendary screenwriter Paul Schrader (Taxi Driver, Raging Bull). The story revolves around Reverend Toller (Ethan Hawke), a depressed reverend plagued by the past. His son died in the Iraq War, which leads to the dissolve of his former marriage. He now works at a humble touristy church, a job given to him by church mogul Pastor Jeffers (Cedric the Entertainer). One day Mary (Amanda Seyfried) shows up at the steps of First Reformed to plea with Reverend Toller to council her aloof husband. When Reverend Toller speaks with Mary’s husband, Toller starts to realize that he is speaking to a man lost in despair. Suddenly, Mary’s husband commits suicide, leaving Reverend Toller and Mary to pick up the pieces. As they find out more and more about the late husband, Toller starts to question the world around him and starts to take matters into his own hands.

First Reformed is a slow movie, however, it’s pacing compliments the attitude of the film. Reverend Toller, who is expertly played by Hawke, is a pensive character. He likes to jot things down and interpret his days. The film allows for this attitude to be read cinematically, not just through a single character. We spend a lot of time dwelling on his thoughts, so it makes sense that the pacing is slow. Yet it pays off as it provides rich context just by observing the pace of the film. The screenplay by Paul Schrader proves that he is still one of the biggest names in screenwriting history, while his directing proves that he is an elite filmmaker in many different fields. Every scene is expertly crafted and filled with intelligent dialogue, Oscar-caliber acting, and incredible screen pictures. The down to Earth yet experimental approach really pays off for Schrader, he crafts a truly unique movie that is difficult to compare to other films.

Since First Reformed is a pretty heavy drama, it calls for expert thespians. Luckily, Schrader assembled an awesome cast with fantastic performances by Ethan Hawke, Amanda Seyfried, and Cedric the Entertainer. Hawke’s take on Reverend Toller is definitely Oscar worthy, but who wants to call something like that this early? Seyfried’s character is slow to start, yet once she becomes more integral to the plot, you get to see her vast range. Yet the performance that left me the most satisfied was Cedric the Entertainer. I didn’t expect much out of Mr. the Entertainer, yet he delivered an accurate and downright intriguing rendition of a megachurch pastor. He keeps Pastor Jeffers grounded in reality while letting the audience feel as though they are watching a rich and interesting character.

If you are a big fan of small story supplemented by incredible filmmaking, First Reformed is for you. I wouldn’t recommend it to anyone looking for anything too heavy on emotions. While it’s not an emotional rollercoaster, it’s a film that really points the camera at you. This film is an intense ride through human emotion and faith that captivates you from start to finish 4.5/5 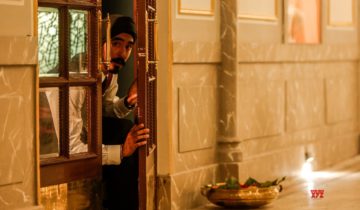