This is an amazing film, a rare gem that is a treat to any who discover it. “Finding Vivian Maier” is a documentary that plays out like a mystery, the object of which has an uncanny natural talent in photography.

The movie opens with a short montage of people thinking of one word to describe Vivian Maier.  “Thinking”, “Paradoxical”, “Eccentric” are some of the adjectives they produce.  The more we learn about this mysterious woman the more accurate these descriptions become.  In the winter of 2007, filmmaker John Maloof purchased a large box of old photographs from an auction house across the street.  He had planned on using them for a book, but after flipping through them he was stunned at their artistic nature.  After a google search turned up absolutely nothing on their photographer, he slowly became obsessed at finding the woman responsible.  The movie documents his efforts to track her down, the people’s lives she’s crossed (including Phil Donahue!) and his attempt for her work to be recognized by museums and other institutions.  Through his journey he uncovers even more of her work, including thousands of undeveloped photographs that even she never saw.

A simple description does not do this movie justice.  It may sound boring to the average person.  However, even to the untrained eye, her photos of life in the 50s & 60s have a lingering impact.  The composition, and “truth” in her photos are stunning.  As the story progresses, and the woman behind them is slowly revealed, the story becomes even more interesting & mysterious.  What was her real name? Was her accent fake?  Where was she really from?  What happened to her family?  How could someone so fiercely private be also incredibly outgoing?  Why take over 150,000 photos and yet never share them with others?  Why become a nanny when she was so obviously talented?  Did she die alone and unloved? Was she mentally disturbed or simply a misunderstood genius?

This amazing film is sure to be an Oscar contender next year and should not be missed.

GIVEAWAY — “The Quiet Ones” Swag 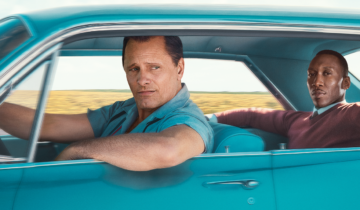