By far, the most all-inclusive brick documentary to date, “A LEGO Brickumentary” is as informative as it is fun.

When the film begins with narration by a stop-action minifig (Jason Bateman), it’s immediately apparent this isn’t your average documentary.  Instead, co-directors Daniel Junge and Kief Davidson have created something truly unique: A documentary that kids can enjoy as much as their parents.  The younger crowd will be entertained by the copious amounts of lego animation used throughout, while adults will be intrigued by all the various facts and shear scope of the story.

The plastic interlocking brick was first introduced in 1949 but only recently has it seemed to reach its full potential. For a number of years Lego rebuffed the creative advances of its own market, which nearly lead to bankruptcy.  Now, the use of Legos has an almost shocking amount of diversity.  At its most basic form, they are a simple building toy.  But even this simplicity is deceptive.  We are introduced to a college professor who is trying to devise a formula that can calculate the amount of possible combinations given just a few bricks.  He’s been at it for years and this simple question is a potentially unsolvable equation.  We also meet groups of adults who create amazing structures and meet for annual conventions to share their creations.  One therapist is using LEGOs as an effective tool to build communication skills between youths on the Autistic spectrum.  One of the many story threads in this film deals with legos as an Art Medium, particularly in the hands of world-renowned brick artist Nathan Sawaya.  His last, still touring, exhibition was such a success that Warner Brothers just announced a partnership with him to produce an even larger DC-Comics based traveling exhibit.

Some have criticized this film for being more of a feature length commercial than an actual documentary.  While it may be slightly biased, it’s hard to fault the filmmakers.  If you enjoy Legos, that enthusiasm will certainly show through in the film that you create.  LEGO did not finance or control editing of this film and the facts are given without bias.  Lego has made a number of mistakes over the years, and the film also showcases other vendors whose compatible products exist in direct opposition to Lego’s philosophies.

A rare family-friendly documentary that is charming and fun, this “LEGO Brickumentary” is certainly worth catching.  In theatres and on Itunes & Demand now!

For more inside information, be sure to check out our interview with the Co-Directors and Artist Nathan Sawaya HERE! 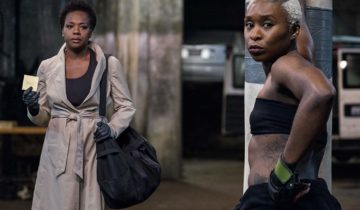