A magical adventure destined to become an annual viewing tradition for all ages, Disney’s The Nutcracker and the Four Realms arrives on Digital, Movies Anywhere, 4K Ultra HD, Blu-ray™ and DVD Jan. 29, 2019. Inspired by E.T.A. Hoffmann’s classic tale and the beloved ballet, the film follows 14-year-old Clara (Mackenzie Foy) to a mysterious world with breathtaking performances by Keira Knightley, Misty Copeland, Helen Mirren, and Morgan Freeman, plus sweets, snowflakes, soldiers, and scurrying mice. Relieve the magic of this classic tale instantly through bonus features and never-before-seen extras such as a behind-the-scenes look at how the four realms were created to such dazzling effect. You can read our review of the fun and entertaining Disney film here. 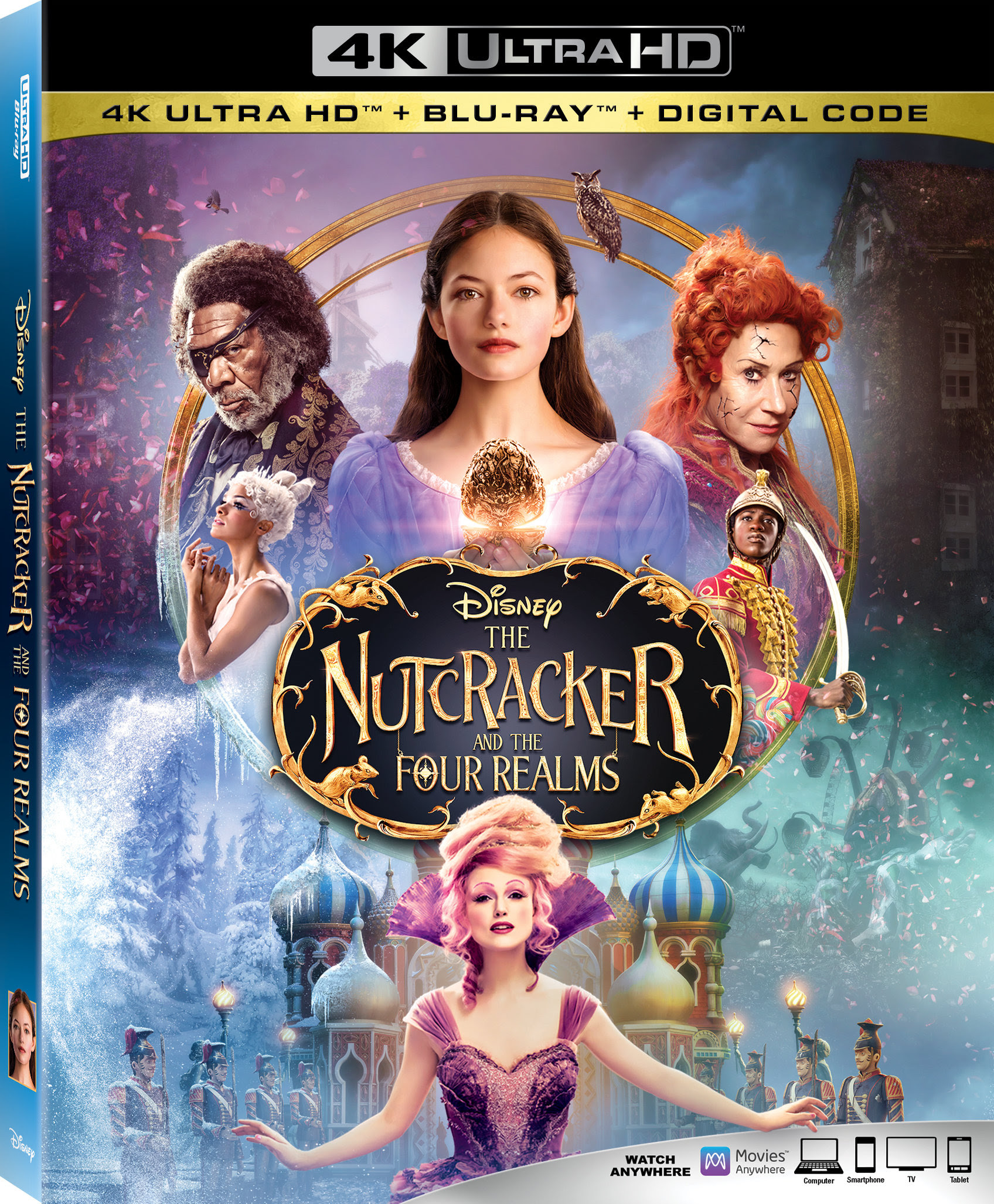 Bonus features include a discussion with American Ballet Theatre’s Misty Copeland about her role as the enchanting Ballerina Princess, her personal history with “The “Nutcracker” ballet, and her inspirational and historic rise within the world of dance. Extras take viewers on the set of The Nutcracker and the Four Realms to meet both new and re-imagined characters, and discover how the Land of Sweets, Land of Snowflakes, Land of Flowers and mysterious Fourth Realm were created to such dazzling effect. Deleted scenes provide a look at magical moments that didn’t make the final version of the movie.

With a running time of 99 minutes, The Nutcracker and the Four Realms is rated PG.

Enter to win a digital copy of the movie!! COMMENT BELOW with the name of your favorite holiday film.

UPDATE: This giveaway has now ended and a winner has been notified. Thank you to all who entered! Bookmark our giveaway page for more exclusive movie reviews, screenings, and giveaways from the Critticks!