Directed by Ric Roman Waugh, Angel Has Fallen is the third installment in the action-packed Fallen series. Continuing the theme of the first two films, Angel Has Fallen places President Trumbull (Morgan Freeman) and Secret Service agent Mike Banning (Gerard Butler) at the center of another aggressive, politically charged attack­–but this time, Banning is the prime suspect.

As Banning tries to prove his innocence, unveil the true attacker, and reach the President before someone’s invisible timer reaches zero, he’s tracked by an F.B.I. task force led by Agent Thompson (Jada Pinkett Smith) and pursued by an even more omnipotent enigma.

This film kicks off with action-filled sequences that were physically uncomfortable to watch. With incredibly close and busy shots, Angel Has Fallen asked viewers to basically step back just to process everything filling the screen. Regardless, the introduction tried to conserve attention with some respectable explosions and effects; however, it seemed to run out of steam (and money?) when it was needed most. During some of the film’s most climactic moments, the effects fell flat and looked expired—which conflicted those that introduced the first act.

At first glance, Angel Has Fallen is comparable to a long-winded conversation with a senile elder. It’s simple enough to pretend to follow, pitiful enough to compel some fake laughs, and charming enough to prompt a few genuine ones–a comfortable combination that’s easily enjoyable by viewers of virtually all denominations.

Just as the audience starts to trail off for a few extra moments, Banning’s father (Nick Nolte), an actual senile character, pops up as a refreshing distraction. His off-the-grid attitude and on-the-grid technology create virtually all of the film’s best scenes.

The best way to enjoy this film is by relinquishing all expectations, laughing with the good, and laughing a little bit harder with the bad. Because, ultimately, this movie is exactly what one would think. There’s somewhat decent action, mediocre dialogue, and a painfully predictable plot­–but that combination isn’t always worth such detailed criticism.

Filled with timely buzzwords like “collusion,” “hacking,” and “Russia,” Angel Has Fallen is hardly the worst threequel in film history.

Rated R, Angel Has Fallen is in theaters now. 2/5 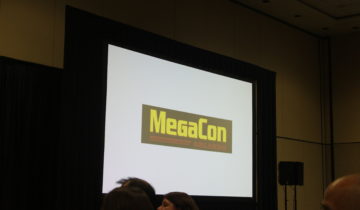