Shia is one hot boy!

The Peanut Butter Falcon is written and directed by Tyler Nilson and Michael Schwartz, stars Shia LaBeouf, Dakota Johnson, John Hawkes, Bruce Dern, Zack Gottsagen, Jon Bernthal and Thomas Haden Church. It tells the story of Zak, a man with down syndrome who, after running away from a residential nursing home to pursue his dream of becoming a pro wrestler, befriends an outlaw who becomes his coach and ally. This re-telling of Huckleberry Finn made waves when it debuted back at South By Southwest earlier this year, and I can safely say, the hype was earned. The Peanut Butter Falcon is a simply delightful film boasting one of the most heartwarming stories of the year. If you don’t crack a smile once during this film, there may be something wrong with you.

Tyler Nilson and Michael Schwartz are writing and directing here and they knock it out of the park. This is their feature film debut, and if it’s any indication, they have a bright future ahead of them. While they were gifted with some great source material, they present it with such vibrant energy and really put their own mark on it. This film has such a warm and welcoming atmosphere and it sucks you in almost instantly. The pair do a wonderful job establishing the odd and offbeat tone and as an audience member, you just want to live in this world. The Peanut Butter Falcon has this timeless and almost folktale quality to it and ended up being one of the most enjoyable theater experiences I’ve had all year. Right now, Nilson and Schwartz are batting 100, and I can’t wait to see what the pair does next.

Everyone in the cast does a stellar job. The Peanut Butter Falcon has a surprisingly impressive cast, and while some actors appear very briefly, they all leave their mark. While some may consider Bruce Dern a glorified cameo, he’s fantastic. Thomas Haden Church also makes for a great addition to the film and John Hawkes is wonderful as always. It also goes without saying that our three leads are simply sublime. Dakota Johnson is great, as always, and continues to be a delight to watch. We can always count on a great performance from her, and here is no exception.  Zack Gottsagen is also great and really gives the film a huge heart. Shia LaBeouf knocks it out of the park. Despite his shaky past, he managed to win my heart all over again. His chemistry with almost every character was a joy to watch and he adds such nuance and depth to his performance. He’s genuinely fantastic and while I always thought he was a talented actor, he really grabbed me. With this and Honey Boy coming out, I might be a LeBeouf stan? A Shtan? I never thought I’d say that, but here I am.

So, as you can tell, I loved The Peanut Butter Falcon. It’s one of the most heartfelt movies I’ve seen in a long time and features wonderful performances from all its actors. It was delightful. 4/5 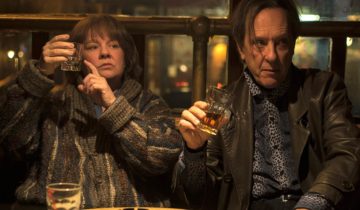