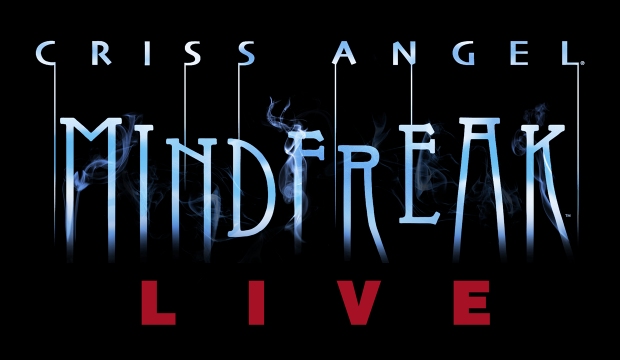 The biggest name in magic and the most-watched magician in history, Angel has been awarded the title of Las Vegas Entertainer of the Year, Best Magician in Las Vegas, and has been named Magician of the Century. Supplanting Criss Angel Believe – once the top-selling magic production in the world – is Criss Angel MINDFREAK LIVE, the visionary artist’s newest production that blends heart-stopping original illusions, state-of-the-art animated LED lighting and RGB laser explosions, LED virtual worlds, 3-D immersive effects, pyrotechnic landscapes, live musicians/DJ, and the mind-blowing, revolutionary magic of Criss Angel.

Angel and the Luxor Hotel and Casino in Las Vegas, Nevada celebrated the world premiere of Criss Angel MINDFREAK LIVE on June 30th, with the entertainer – creator, director, and executive producer of Criss Angel MINDFREAK LIVE – effectively inciting a Magic Revolution and launching the newest must-see show on the Las Vegas Strip. Angel not only reinvents his live show, he reinvents modern magic: this is magic at its most mainstream, with the all-new illusions, state-of-the-art technology, ground-breaking 3-D worlds, and breathtaking visuals of Criss Angel MINDFREAK LIVE unleashing Angel’s unrestrained, unfiltered imagination and mysticism on a live audience. Serving as both a telling of Angel’s life story and his evolution as an entertainer – from backyard magician to the MINDFREAK and Las Vegas headliner – the show begins as Angel credits his fascination with magic to his aunt Stella, who taught him a card trick when he was just seven years old. Large video screens tell the tale of Angel’s humble beginnings as Christopher Sarantakos through the use of childhood memories, family photos, and home video, accompanied by Louis Armstrong’s “What a Wonderful World” before Johnny Cash’s rendition of “Hurt” overlays the loss of Angel’s father, John Sarantakos, who passed away from cancer in 1998.

The stage is set for Angel’s evolution into the MINDFREAK, with the debut of all-new acts, death-defying stunts, and jaw-dropping visuals that outclass Angel’s competitors – and imitators. Among the performer’s stable of tricks and treats are both intimate slight of hand and grand illusion, with transformations, teleportation, stunts, razor blade-chewing, predictions, sword fights, disappearances and appearances, straight jacket escapes, and a giant, body-halving saw enveloping the breathless thrills-a-minute philosophy of Angel’s spellbinding show. Angel’s lust for thrills is on apparent display at almost all times, with MINDFREAK LIVE turning in an arresting, exhilarating, twisted – and at times poignant and emotionally affecting – roller coaster that is weird, odd, and wholly unique. MINDFREAK LIVE delves into the dark, the disturbed, and the macabre as much as it does the light and the celebration of life.

Angel’s showmanship and natural flair for theatrics – and the tireless perfection of his craft, forged over decades – helps the magician and illusionist make it look simultaneously effortless and hard as hell, leaving you forever questioning, “How did he do that?” An answer never comes – a magician never reveals his secrets – but you’ll not want to pay any mind to the wizard behind the curtain, instead choosing to believe that the impossible is possible as this magic spectacle unfolds before your eyes. Many Vegas shows have a pulse – they’re inherently designed to be crowd-pleasers and applause-drawers – but MINDFREAK LIVE has a heart.

The emotional center comes from Angel’s self-described life mission: raising awareness of pediatric cancer in order to provide funds for research, treatment, and ultimately, a cure. Angel dedicates a heartfelt segment to love, courage, and strength, all things exhibited by those who must face the challenge that is cancer. Honoring lives lost to pediatric cancer and eulogizing young friends of his who have since passed on, it’s the most sentimental and touching segment you’ll find in any Vegas production. Criss, with tears in his eyes and a lump in his throat – sincerely affected by the plight of those affected by pediatric cancer – spoke of his beloved son Johnny Crisstopher, who has faced this battle, explaining that every three minutes a child is diagnosed with cancer. Further, Criss explains, steadying himself, less than 70 cents out of every $100 raised by the American Cancer Society goes to pediatric cancer, urging audiences to join the fight against this deadly disease.

As the show drew to a close – the climax having come in a massive, joyous celebration of life, a literal dance party complete with a move-your-ass beat and laser theatrics (this is Vegas, after all), the crowd having come together in contagious, electric energy – Criss addressed the audience, thanking his guests and his Loyals (Angel’s most dedicated, hardcore fans) before singling out and addressing the press. “Some of you still won’t like me,” he said, asking us to use the other shows in Vegas as a barometer to judge him against before asking those of us assembled there that night to look at Criss Angel differently. This wasn’t the MINDFREAK speaking. This was Criss Angel – the person, the humanitarian, the father – expressing his soul, having just spent 90 minutes reaching into his heart and mind and putting it onto a stage for audiences’ entertainment.

With the demeanor reserved for someone genuinely overcome with emotion, Angel lamented the fact that his son couldn’t be there. For all the mind-blowing stunts, impressive trickery, scantily-clad women, and slight of hand, this was Angel at his most transparent – and most human. For all the pyrotechnics, metal guitar, death-defying stunts, and seemingly inhuman feats, I was most captivated by Angel’s dedication to raising awareness in the fight against pediatric cancer. Though his son is affected by this tragic sickness, Angel – reflective of his adopted namesake – dedicates a portion of his big scale Las Vegas show to those who live far from the shining, glimmering lights of a Vegas stage. In remembrance and in honor of those still waging wars, Angel’s heartfelt, sincere devotion to these children is, ultimately, the divider that best separates Criss Angel MINDFREAK LIVE from any other show, comparable or otherwise, on the Las Vegas Strip.

The theatrical Criss Angel returned – roaring “Are you ready for one more?!” – and before the audience could answer, Angel was in the midst of performing a revolutionary incarnation of his signature levitation. Eclipse – an accomplishment more than 15 years in the making – finds Angel floating, flying, and flipping about the stage in a mystifying finale. Having become instantly weightless in a Peter Pan-like bound across the stage, he was gone: and Criss Angel MINDFREAK LIVE had ended with a complete and total mindf–k. Bursting with wild, unrestrained and unrestricted energy, this is a wild, sexy, modern take on magic, anchored by a soulful and lively performance from Criss Angel, the greatest magician of all time.

Criss Angel MINDFREAK LIVE will make you believe a man can fly – or is that float? – and the highly-recommended show is now playing at the Luxor Hotel and Casino in Las Vegas, Nevada. Now performing Wednesday through Sunday at Luxor, tickets start at $49 (limited time offer) and can be purchased by calling 702-262-4400 or by visiting www.cirquedusoleil.com. Follow along on Twitter with #MINDFREAKLIVE and join the #MagicRevolution. Criss Angel MINDFREAK LIVE performs Wednesday – Sunday at 7:00 PM & 9:30 PM, with pre-shows starting at 6:30 PM & 9:00 PM. Visit the official site here. 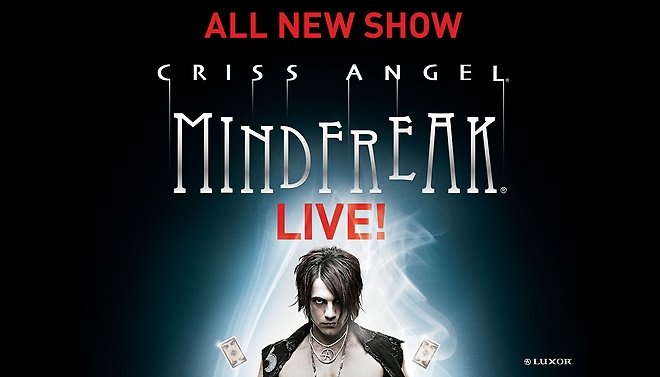