Due to Kristen Stewart’s unconvincing performance, pacing issues, and tonal issues, Equals is a dull futuristic take on Romeo & Juliet.

Nicolas Hoult is known mostly for his work as R in Warm Bodies and Beast/Hank McCoy in X-Men: First Class, X-Men: Days of Future Past, and X-Men: Apocalypse. In the post-apocalyptic world of Equals, the residents of the Collective are forbidden to show emotions. Silas (Nicolas Hoult) is different. He is curious and begins to feel emotions. Because the Collective teaches that emotions are a sign of SOS, a deadly disease, which cannot be cured, Silas is ostracized when others find out about his condition. While Hoult is convincing at being curious, emotional, and emotionless, he lacks the ability to be compelling when he is silent.

The most effective scenes in Equals involve those characters who, like Silas and Nia (Kristen Stewart), feel emotions. Guy Pierce (L.A. Confidential, Memento) portrays Jonas, whose experience with love resulted in tragedy. Jacki Weaver (Silver Linings Playbook, Stoker) portrays Bess, a woman who hides her emotional side from everyone else. Both of these actors are convincing as their characters and help breathe a sense of life into this dull film. Nathan Parker’s (Moon, Blitz) screenplay is at its best when Jonas, Bess, and Silas are discussing emotions and what it means to be human in a secret support group.

The quality of Equals, like all films that are inspired by Shakespeare’s Romeo & Juliet, hinges strongly on the chemistry between Hoult’s Silas and Stewart’s Nia. While Kristen Stewart is best-known for her monotonous performances as Bella Swan in The Twilight Saga, she has proven that she is capable of providing solid performances in films such as American Ultra and Adventureland. Regrettably, no matter how much she tries, Stewart does not have any chemistry with Hoult. Also, she is more convincing at being emotionless than emotional. To be fair, Nathan Parker fails to develop either Silas or Nia as characters beyond their desire for one another. Because of Stewart’s weak performance and Parker’s decision not to give Silas or Nia any character development outside of their love for one another, Equals is a misfire.

Director Drake Doremus is best-known for helming Like Crazy, which was a decent film due to strong performances from the late Anton Yelchin, Felicity Jones, and Jennifer Lawrence, but the pacing prevented it from being great. Equals suffers from similar pacing issues, but none of the actors can rise above the material enough to make it work. The pacing issues are obvious in that Nia and Silas spend most of the thirty minutes staring at each other longingly. Without enough forward motion in the first act, most audience members will not make it past the first thirty minutes. Even the second and third act, which move at a quicker pace, could have been shortened and swifter.

Doremus takes the material seriously. Given that most of the characters are not capable of emotion, this makes sense. Yet that does not make it enjoyable for audiences to sit through a one hour and forty one minute generic film that takes itself too seriously. If there had even been any attempt at humor, it would have made Equals more bearable.

Not even Nicolas Hoult, Guy Pierce, and Jacki Weaver can prevent Equals from being a dull futuristic take on Romeo & Juliet.

Due to Kristen Stewart's unconvincing performance, pacing issues, and tonal issues, "Equals" is a dull futuristic take on "Romeo & Juliet."
2/5 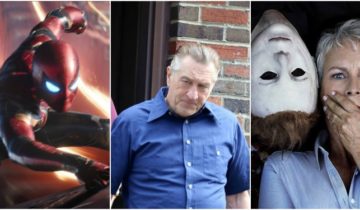