23 years… will give you such a crick in the neck!

Our wishes have been granted! For a limited time, Disney is rubbing the lamp and releasing ALADDIN on Blu-ray, DVD and Digital HD with all-new special features on October 13. Here’s what Disney has to say about their new Diamond Edition release.

Climb aboard for a magical carpet ride with nonstop laughs, action-packed adventure and Academy Award®–winning music that will make your heart soar (1992: Best Music, Original Song, “A Whole New World,” Original Score). Now for the first time ever, a whole new world of Disney’s Aladdin is revealed in a whole new way on Blu-ray and Digital HD—with a never-before-seen Bonus!

In anticipation of the new Diamond Edition release of Disney’s Aladdin, we had the opportunity to interview the voice of Aladdin himself, actor Scott Weinger. Having just celebrated his 40th birthday, Scott shared with us the surreal excitement and serendipitous thrill of revisiting not one, but two popular characters from his past.

Happy Birthday, sir! Being able to relive and promote this incredible chapter in your life with The Diamond Edition release of Aladdin must be a great way to kick off your 40th year.

SCOTT WEINGER: “It’s really great. It’s cool to have back in my life again. It’s amazing for me to go back, especially now as a dad and everything, to watch footage of myself in the recording studio and interviews that I did. I’m getting such a kick out of it.”

Aladdin is such a huge part of your life. You have been voicing this character in films, on television and in video games for over 20 years. You were actually in your teens when you recorded your part, correct?

How did you get involved with the project? Did you just audition like everyone else?

SCOTT WEINGER: “It’s really sort of a boring story. I was acting. I was already a kid actor. I was on a series at the time called The Family Man – a CBS sitcom. One day my mom said, “Oh, you got an audition for some cartoon.” I was so oblivious to what a big deal it was. I was very fortunate because, had I known the pressure, I probably would have tanked it!”

Brad Kane recorded all the singing for Aladdin, but how is your singing voice? Did they ever consider you for some of the songs?

SCOTT WEINGER: “I had learned an important lesson as a kid actor which is: when you do a great job and do a good audition and they ask if you have any special skills… just say yes and then figure it out. I knew that I had done a good audition when they said, “Can you sing?” and I said, “Absolutely!” They gave me the tape and the sheet music… and my mom was like, “Well, I don’t know. We’ll see how this goes.” I worked with a voice coach and I was really psyched to go do it. It was this beautiful song called “Proud of Your Boy” which got cut from the movie, but is actually now in the Broadway show.”

WATCH: Cast of Aladdin reunites for live rendition of “A Whole New World”

SCOTT WEINGER: “I did my best, but my best was not good enough. I was so fortunate that they liked my speaking voice well enough to keep me on as Aladdin and they found a guy who could sing the songs beautifully, Brad Kane, who is a super-talented singer. So it worked out great. It was a mutually beneficial situation that they liked my speaking voice and his singing voice, so we both got to be Aladdin.”

You are so identifiable with the character of Aladdin that even your wife’s (producer Rina Mimoun) Twitter description is “Writer. Mother. Wife of Aladdin.” How’s your family handling all of the excitement of Aladdin and other characters coming full circle back into your life?

SCOTT WEINGER: “The funny thing is, my wife – God bless her – when this stuff was just a fun-fact about me it was easier to take. But now, because Aladdin is coming out on Blu-Ray… and also – total coincidence – my other big well-known kid acting job, which is Full House, is very much a part of my life again. So she’s freaking out. It’s a lot of fun for both of us. Acting isn’t something I really pursue anymore. It’s not really part of my regular life. It’s just a really cool extracurricular activity that I’m enjoying a lot.”

Speaking of Fuller House, what can you tell me about that? How many episodes have you shot so far?

SCOTT WEINGER: “Well, they really don’t want us talking about it too much… and I can’t even say how many episodes I’m doing, because I don’t even know. The whole season is 13 episodes total, but I don’t know how many I’ll be in by the time the season ends up. I didn’t know what to expect, but I’m pretty involved in the project. It’s really fun. I mean, Steve was never the star of the show. It was this huge ensemble cast and I was always the boyfriend. For me to be back on the set with these guys… the whole cast has stayed very tight over the years. We’ve all stayed in touch and we’ve stayed good friends. To be back with them in this capacity is too surreal. It’s mind-blowing.”

Well, I don’t want to get you in trouble with Netflix. They’re a juggernaut and deservedly so. It’s like they’ve been consistently giving people more of what they want before they even know they want it, and Fuller House is just another example of that.

SCOTT WEINGER: “Exactly. It’s just incredible for fans of the show to be able to get to experience this. There’s generations of kids who grew up watching it. It’s just one of those things that never left the culture. I think for people who grew up watching the show or people who are currently watching it now… they are going to freak out to see these people back together again. The audience goes nuts.”

SCOTT WEINGER: “I think the whole season is gonna drop in a day… where all 13 episodes will be available for binge watching. Which is why they don’t want us talking about it too much too soon.”

Is Steve where you thought he’d be 20 years later?

SCOTT WEINGER: “It’s funny. I have to say, I’m enjoying where Steve is at. He’s really funny. The way they’re writing him – without giving away any details so Netflix doesn’t get super mad at me – I think he was a lovable guy as a teenager and he’s really endearing and loveable now, too. It’s really fun for me to be playing that part again. For somebody who hasn’t done professional acting in a really long time, I couldn’t ask for a better way to do it than to be playing this character – that I played for fifty episodes – now as a grown up.”

Back to Aladdin, it’s been described as Disney’s first buddy-comedy, and that’s largely due to the performances and the chemistry captured between you and the great Robin Williams. Were all of your shared scenes recorded across from each other? Any stories you can share about working with him?

SCOTT WEINGER: “A lot of it was. There’s a lot of stuff where you can tell it had to be recorded together. A good example would be the scene on the balcony when the Genie’s a bee and he’s buzzing in Aladdin’s ear.

SCOTT WEINGER: “Robin was, of course, a big improviser and they really let him do his thing and just go nuts. So, the only way to do it would have been to have me in the room because I had to adjust my dialogue for his. And I was so lucky to have that experience. To get to be in a room with that guy, not just meeting him and working with him, but getting to see his genius happen right in front of my eyes. It was unforgettable.”

There have been countless tributes to Robin Williams since his passing. Will there be anything like that included on this new Diamond Edition release?

SCOTT WEINGER: “I actually recorded a special feature called Genie 101, where we walk through some of the Genie’s funnier pop-culture references. It was fun for me to do it. And I think there’s a special feature on the Blu-Ray where Eric Goldberg – who animated the Genie and sort of invented the look of the character – took all of Robin’s outtakes… and animated them. I think for fans of the movie, and fans of Robin Williams in particular, it’s going to be a mind-blowing thing to see. It’s a great tribute and fans are really going to love this edition of Aladdin.”

Be sure to hit a SHARE button at the top/bottom of this page! 🙂 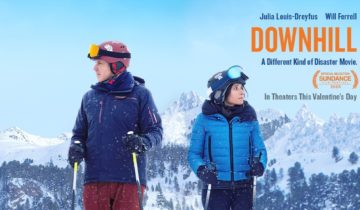