“Big Stone Gap” is a film based on the best selling book series by the same name. Writer/director Adriana Trigiani tells the story of a little coal mining town in Virginia, set in the late 70’s. The movie stars Ashley Judd and Patrick Wilson, as two life long friends, whose romantic relationship never had a chance to blossom. You’ll follow Judd’s character, “Ave Maria Mulligan”, through her daily life, as the town’s pharmacy owner, director of the annual outdoor drama and the glue that holds everyone together; except for herself, especially when a family secret is revealed, leaving Ave questioning the spinster lifestyle she’s been leading.

Big Stone Gap is filled with quirky, almost over the top characters. Iva Lou Wade, played by Jenna Elfman, drives a bookmobile, preaches “Chinese face reading” and is Ave’s best friend. Then you have Fleeta, played by Whoopi Goldberg, who works alongside Ave in the Pharmacy, and she is always willing to lend her 2 cents to the conversation. Rounding out the cast is Jack MacChesney (Patrick Wilson), a local coal miner and for Ave, “the one that got away”. Jane Krakowski, as “Sweet Sue”, Jacks on again, off again girlfriend.

Despite an all star cast, and the admirable efforts of Trigiani, the film still leaves something to be desired. Ave is a self proclaimed spinster; they make that abundantly clear in practically every scene, but I kept asking myself “WHY?”. She is well known throughout the town, she is smart, resourceful, strong and yet refuses to take time to herself, even though her friends and family are practically slapping her in the face with clues for love (Jack MacChesney) and happiness. When a family secret is revealed, she drops everything in a moment of clarity, sells her possessions and gives away her home, so she can travel, escape and really experience life outside the tiny town of Big Stone Gap. When someone finally decides they want a romantic relationship with her, she surrenders. Just like that. Month long plans to travel overseas, GONE. Roof over her head, GONE. Vehicle, gone. Pharmacy that has been in her family for generations, that’s gone too. What happened to that moment of clarity? What happened to that independent woman? When Ave finally decided to do something for herself, she once again sacrificed her happiness on someone else’s suggestion.

In the grand scheme of things, this rom/com did make me laugh more that I would’ve thought. The characters; while colorful, all had relatable traits, good hearts and overall good intentions. The actors all did a great job, with a few exceptions regarding questionable southern accents. The backdrop was beautiful and the wardrobe was fantastic. My recommendation, is wait until the DVD comes out.

For more info, check out my interview with the cast and writer 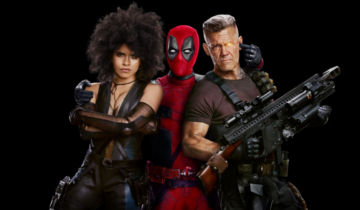