Even the most exciting moments in history need a little dramatization, but maybe not quite this much. Directed by Roland Emmerich (Independence Day, The Day After Tomorrow) and written by Wes Tooke, Midway recounts the Battle of Midway — a landmark naval conflict of WWII.

Given the endless amount of source material and shining star power, Midway is still a bit of a mess. As a film centered on war between countries and characters, the film seems to be more at war with itself. A rushed screenplay made it challenging for the score to appropriately keep up and stand strong. With little time to navigate between melodramatic and on-the-move moments, the soundtrack was seemingly up against friendly fire.

Screenplay grievances aside, Midway portrays Midway with a fair amount of respect. Unlike films of a similar vein, Midway doesn’t depict battle scenes with a thrilling and energetic sound. Rather, it refers to glaring harshness to highlight the overpowering shadow of enemy Japan and the fact that heading into an encounter against such an unmoving opponent is, indeed, unsettling.

Midway is packed with performers who could sometimes offset the chaos that went on in just about every other department. Studded with a cast of names like Patrick Wilson, Woody Harrelson, Dennis Quaid, Aaron Eckhart, Darren Criss, and Luke Evans, Midway has undeniable public power. Patrick Wilson and Woody Harrelson share a fantastic dynamic. Luke Evans elevates Ed Skrein’s painstaking Jersey twang into a lovable accent. And Dennis Quaid, as usual, turns up the level of Dennis Quaid.

While the special effects are far from special ­­— or perhaps far too special, the in-air action sequences are surprisingly entertaining. Even at the most over-the-top stratospheric moments, flying manages to make Midway much more fun.

Ultimately, Midway falls short while poorly prioritizing an already questionable budget. However, for viewers interested in a film with antiquated accents and enough brunette Caucasians to fill the state of Rhode Island, Midway might be the way to go.

SAVFF REVIEW — "Portrait of a Lady on Fire" 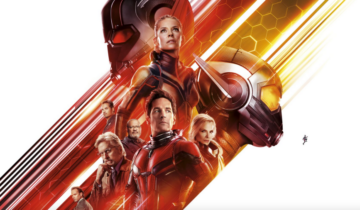