In a return to feature-filmmaking for writer/director Lena Dunham, Sharp Stick follows the story of 26-year-old Sarah Jo who lives in LA with her mother and sister. Sarah is a bit of a socially awkward adult, who has a very child-like quality to her. A big focus on her character in the first half of the film is the fact that she’s still a virgin yet insanely curious about human connection and sexuality – yet completely fumbling most opportunities that are thrown at her.

Most of her time is spent being a caregiver/nanny to Zach, a child with an intellectual disability. She has a seemingly decent relationship with the entire family, but one day in the laundry room, things get steamy between her and Zach’s father Josh (Jon Bernthal) who ends up taking Sarah Jo’s virginity. What’s meant to be a one-time thing turns into a weird yet ever-evolving relationship between the two of them.

In full-transparency, I haven’t been a fan of Lena Dunham’s work since the early seasons of HBO’s Girls. So when I say that I wasn’t the biggest fan in the world of her latest film Sharp Stick, it might not be a huge surprise! If you’re a fan of Lena’s work, I definitely recommend checking the film out because I still contend it’s one of her better pieces of filmmaking/writing in quite sometime. While not perfect by any means, it is undeniably a unique and intimate look at exploration of sexuality.

The cast works really well together as an ensemble, but Jon Bernthal was the one that stole the show for me with a very different performance than we’ve seen from him before. However, despite the solid performances, I found the writing to be quite weak in my opinion. I also found the story to get quite dull by the time it enters the third act. It’s not without its merits, but unfortunately feels like a wasted opportunity and is rather forgettable by the end. 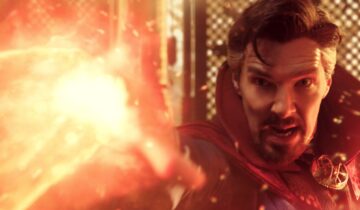