It’s very rare that a sequel can match the energy of its predecessor, even rarer for a comedy.  “Horrible Bosses 2” is a member of this elite club.

The wannabe criminal trio of Nick(Jason Bateman), Kurt(Jason Sudeikis) and Dale(Charlie Day) are back, this time living a crime-free life as inventors with a startup company.  As it is with many ex-cons, no good deed goes unpunished, and soon they are back on the road to desperation.  Hoping to extract vengeance on the man that left them penniless (Christoph Waltz), they devise a reckless plot to kidnap his spoiled son (Chris Pine).  Unsurprisingly, nothing goes as planned and they are soon in way over their heads.  A number of characters from the first film make appearances further complicating the friends’ lives.

Many comedy sequels fall short because they rely too heavily on their previous movie. They either rehash the plotline (“The Hangover 2”) or they reuse old jokes (“Dumb and Dumber To)  “Horrible Bosses 2” succeeds because it relies primarily on the chemistry between Bateman, Sudeikis, and Day.  These characters are so entertaining together, they’d be funny if dropped into virtually any scenario.   Coupled with such great co-stars it’s hard to go wrong.

While this film may not have the biggest laughs of the year, it may be the most “consistently” funny, with a steady pace of laughs throughout its 108 minute runtime. 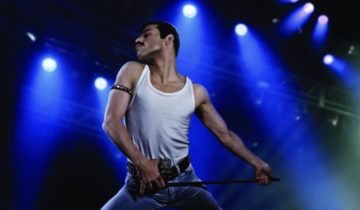