When it comes to the term ‘timeless classics,’ you’ll be hard-pressed to find one that’s as literally timeless than Romeo and Juliet. While it has been adapted several times over, it seems like every artist that gets their hands on the story is afraid of modifying the themes and story too greatly. I get it! If there’s any author you don’t want to deviate too far from, it’s Shakespeare of all people. I completely understand the notion of wanting to stay faithful. But it does make every adaptation feel a bit dry just by nature. The closest we got to a total revitalization of the story is Baz Luhrmann’s adaptation back in 1996. Even then, the film still felt compelled to nearly play the story beat for beat even with it’s 90s setting.

Carey Williams’ latest adaptation of the literary classic, R#J is about as modern as you can possibly get in the year 2021. The entire film takes place from the perspective of the devices and apps that we used. From Twitter to Instagram and FaceTime and iMessage – it’s reminiscent of Unfriended or Searching in its visual language but as equally romantic as any other iteration of Romeo and Juliet you’ve ever seen. One of my favorite aspects of the film is how it isn’t afraid to use the technology and modern day setting to its advantage to take narrative risks. One in particular is a “twist” of sorts that incorporates the original plotline, but subverts it in a way you wouldn’t expect that makes so much more sense in a modern context of social media. 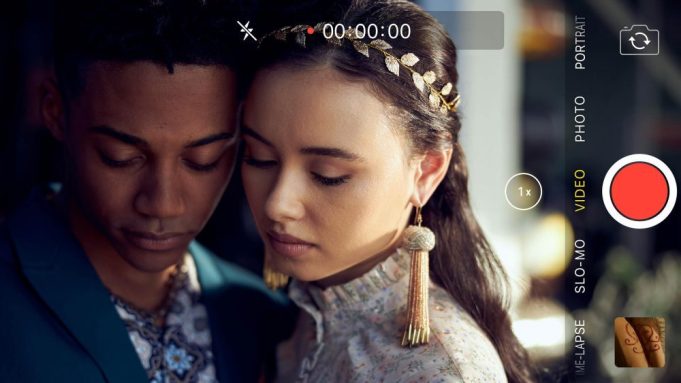 Of course, a Romeo and Juliet adaptation only works if you buy the lovers cast in the leading roles. And I’m happy to report that Cameron Engles as Romeo and María Gabriela de Faría as Juliet are both lovely and endlessly charismatic in their roles. You fully buy how hard they’re falling in love for each other, but more than anything else – this film dips into the fact that they’re teens who easily fall in love. The film never dismisses the authenticity of their love, but it leans heavily into how quickly they fall. It somehow even feels relatable to someone like me, a 23 year old, who’s past relationships have also centered around creating Spotify playlists for each other and spending countless amount of hours FaceTiming and texting each other. That is simply the most modern love language their is, and this film understands that beautifully.

The film can be a bit cheesy at times, but that all feels inherently obvious when it comes to the source material. Even when it changes the story as much as it can possibly be changed, at the end of the day, you’re still adapting the general constructs of a story that a majority of the population knows as well as the back of their hands. That being said, the film still won me over in ways I never thought it would. I’ve sworn off most Shakespeare adaptations as they never bring anything innovative to the table, but I was impressed by the distinct visual style and political commentary underneath the ageless story here.

SUNDANCE REVIEW - "Street Gang: How We Got to Sesame Street" 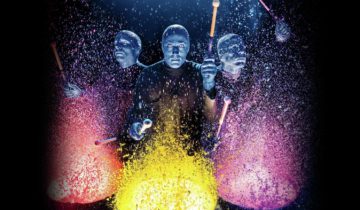