Living follows the story of a veteran civil servant and bureaucratic cog in the rebuilding of Britain post-WWII, Williams (Bill Nighy) who expertly pushes paperwork around a government office building. However, one day he learns from his doctor that he has been diagnosed with a fatal illness. This completely, instantly changes his perspective on life and his priorities for how he should be spending his time and money. This sends him on a path to not only make amends with people, create new relationships with the time he has left, but also learn more about himself and his heart while he still can.

Billy Nighy is really what carries a majority of this film. And that’s not a slight on the rest of the film – it’s exceptionally better than an Ikiru remake has any right to be. However, Bill Nighy is so tremendously good in this role and I’d say it’s just about the best he’s been in over a decade. It’s a very outwardly emotional performance that brought a genuine tear to my eye. It’s also his chemistry with all of the supporting cast members that really make this a memorable film/role for him.

Director Oliver Hermanus does a tremendous job behind the camera. He delivers not only an emotionally riveting journey with amazing camera-work, but he polishes the time-period so perfectly that you instantly believe the setting from the get-go. On a technical level, the film is nearly flawless. But it’s truly the emotion that is brought through with the strong screenplay and the incredible performances that push it over the edge and standing on its own two feet. By the time the film was over, I was no longer concerned about it being a remake of one of my favorite films of all-time.. I was just genuinely compelled by the own unique story and vision of Living. It’s truly a worthy remake that should go a long way during awards season.

SUNDANCE REVIEW - "When You Finish Saving the World" 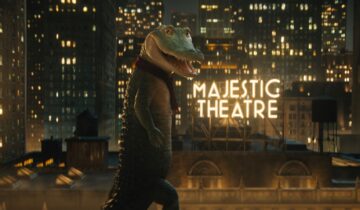