Home›Movies›SUNDANCE REVIEW – “When You Finish Saving the World”
Movies

SUNDANCE REVIEW – “When You Finish Saving the World”

When You Finish Saving the World follows the story of a mother and son. Ziggy (Finn Wolfhard) is a high-schooler who is less concerned about the real-world and more with his adoring online fan-base who listen to him perform music every night after he gets home from school. His mother, Evelyn (Julianne Moore) doesn’t necessarily protest what he does but both doesn’t understand it and stays out of it. She runs a local shelter for domestic abuse victims, and develops a relationship with a mother and son who have recently arrived at her shelter.

Ziggy, on the other hand, develops a crush on his classmate Lila. The only issue is that Lila is incredibly politically engaged and cares a lot about important causes. Ziggy has no clue where to start finding out information about what Lila cares so much about, but tries regardless. Throughout the film, Ziggy and Evelyn cross paths after they go through the highs and lows of trying to appease these people in their lives.

Acclaimed actor Jesse Eisenberg steps behind the camera for his directorial debut for this film, and I think it was both a solid project to start with for him, but perhaps this story could’ve benefitted from someone who has a bit more experience. In terms of technical craft, Eisenberg does a really great job behind the camera. It also has some tremendous editing and gorgeous cinematography.

The performances work well for the most part, and the writing is pretty sharp. However, there’s something about the tone of the film that feels really uninviting and hollow. I didn’t necessarily dislike this tone and found the self-deprecation of the script to be refreshing, but at the same time, it also makes it a hard movie to love. I respect it, but don’t quite love it. 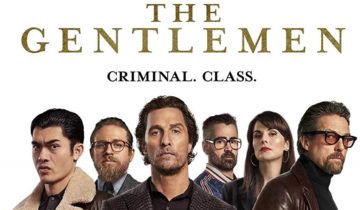