Emily the Criminal follows the story of Emily (Aubrey Plaza), a woman who is saddled with an insane amount of student debt and is locked out of the job-market due to her past, minor criminal record. Desperate to get out of her boring food-industry gig and make some actual money, she takes up a shady job opportunity simply titled “dummy shopper” – which she quickly finds out means that you shop for expensive products with stolen credit cards and hope you don’t get caught. The cards are supplied Youcef (Theo Rossi), a mysterious but seemingly caring man. Faced with shitty hours at work, dead-end job interviews, and general distaste for her day-to-day life, Emily finds herself seduced by the quick-cash and thrills of the job.

However, as Emily goes deeper down the rabbit hole of this shady gig, the more it becomes her actual job and she is met with genuine dangers and consequences at every corner. And it’s all of this that makes the film truly enthralling and entertaining from start to finish. You simply never stop spiraling down this rabbit hole with Emily, and while you want the character to come out of it okay, it’s also super entertaining to go on this journey with her.

Aubrey Plaza is one of my all-time favorite actresses – so when I saw this film listed, I made it a priority for the 2022 Sundance Film Festival. And I’m glad that I did – because not only is the film extremely good, but Aubrey Plaza gives a really incredible performance in it. From The Little Hours to Ingrid Goes West, I’ve been so impressed with her career in the recent years. I don’t know if I’d say this is her best performance yet, but there’s such a grounded-ness to it that I don’t think many other actresses could pull off. And it’s super impressive.

Director John Patton Ford does a great job at balancing themes of anti-capitalism and the struggles that younger people face with student loan debt and matches it with a genuinely enthralling thriller that both puts you on the edge of your seat but makes you think about the things in America that drove these characters to committing these crimes. These are the kinds of films that I go to Sundance to try and see – something that I think could make a really solid, entertaining film for a studio to acquire and market but also has something deeper to say. 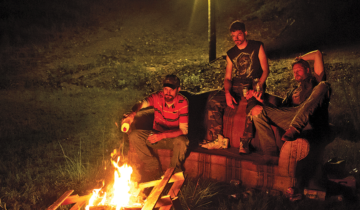