Films based on true stories can be dull. But not when they are crafted as masterfully as this.
“Woman in Gold” refers to a world famous Gustav Klimt painting, “Portrait of Adele Block-Bauer I”, which came to be known as the Austrian Mona Lisa. Proudly displayed in Vienna’s renowned Belvedere Gallery, the subject of this painting was Maria Altmann’s (Helen Mirren) Aunt and once hung in their family’s home in Vienna. But during the Nazi’s occupatin in 1938, Maria’s family was forced to flee, and their artwork was stolen. Sixty years later, with the help of a young lawyer, Randy Schoenberg (Ryan Reynolds), she embarks on a difficult quest to reclaim her family’s heritage.

This quest forces Maria to relive a number of painful experiences from her childhood, she is still deeply affected by Austria’s betrayal of its Jewish citizens once the Nazis arrived. Even more offensive is how the government selfishly fights to keep artwork they know was illegally obtained by the Nazis. During the ensuing legal and cultural battles, Randy begins to draw closer to his family’s Austrian origins as well. His involvement begins as an annoyance, is then motivated by money, but evolves into a crusade.

Simon Curtis has masterfully woven this narrative together into a film that is very clear and cohesive, especially when you consider the multiple timelines and locations required to tell the entirety of the story. Shifts in palettes help orientate the audience to these different timelines. Scenes from Maria’s childhood are particularly rich, steeped in shades of gold. It’s a perfect metaphor tying the painting and her adoration for Adele together. The pacing is also quite notable. Not once does the film drag; it’s brisk and enjoyable up until the final credits.

Ryan Reynolds and Helen Mirren both shine in their roles, achieving a delightful chemistry together. They are the perfect embodiment of “young and old”, a theme the film references a number of times. Rounding out the cast is Katie Holmes, Tatiana Maslany, and Daniel Brühl, each delightful in their performances. Keep your eye out for a few short cameos by other well known actors.

A true story that spans 60 years, Nazis, world famous stolen artwork, and a young lawyer taking on an entire government in a film that rivals last year’s best picture nominees, this one is not to be missed. 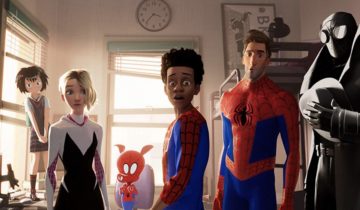