Many times a town’s name is the opposite of what it really is.  “Surprise” is no big surprise, the Big House is NOT in “Casa Grande”, and “God’s Pocket” is anything but that.  It’s closer to the Devil’s Wastebin.

John Slattery, most known for his performance as Roger Sterling on Mad Men, attempts his directorial debut here.  While the technical direction of the movie is more than adequate, the uneven tone, and immensely unlikable characters and setting rob of us most viewing pleasure.  He’s assembled a phenomenal cast which includes the late Philip Seymour Hoffman, Christina Hendricks (In her most unattractive role ever), Peter Jenkins, Eddie Marsan, and John Turturro.  Their performances are all spot on, but again, the characters are so unlikeable that we grow weary of watching them struggling to survive another week in this depressing Philadelphia slum.

The story revolves around Hoffman’s stepson, Leon,  being murdered while at work.   Being a truly deplorable individual the entire crew covers it up as an accident. This sets off a bizarre chain of events that involves the mafia, an unscrupulous funeral home director, random violence, more murders, and an newspaper columnist who is both loved and hated, based on the inhabitants of “God’s Pocket’s” current ignorance.

The most entertaining moments in the film come from the random bits of violence that suddenly emerge from the plot, and the three way “accident” shared near the end of the moment.  These handful of scenes reveal glimpses of what could have been a much more interesting movie. The film also contains a few moments of attempted pitch black humor, but when a dark joke flops, all you are left is with darkness.  Despite the excellent cast and performances, this film is just too cynical to be enjoyed. 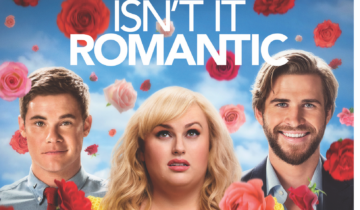