I’m just as surprised as you are to hear/know that “Unfriended,” the latest horror flick from Blumhouse Productions (“Insidious” “Paranormal Activity”) is actually good! They were able to create a super low budget, but high tension, film around something people use on a daily basis, but is never really featured in things like this. While the trailers make it look like another teenie bopper wannabe generic horror flick, we are actually treated to some unique ideas, and that’s not easy to do now-a-days.

The cast is always what I talk about first, and this time is no different. Despite not being very diverse (a group of douchey white kids) the cast still managed to bring in a fun set of personalities. The stereotypes typically on display in this genre weren’t very prevalent this time around, and the cast does a solid job of establishing their friendships. There was never a moment when you could really tell who was going to be offed until it actually was about to happen, and I appreciate that. The group did a great job of annoying me, like young people do to me now that i’m a bitter old 27-year old, and setting up their roles in this circle of buds: The tech guy that’s also a dick, the prep angry guy that’s also a dick, the prep angry girls that are also dicks, the good guy and the good girl…that are probably also dicks.

Based on my character descriptions above you might think the writing was pretty weak, but I’d say it’s just low budget. They took a lot of liberties with their writing in order to keep a lean run time, and developing some of these characters, or making them unique/interesting, isn’t as important as setting the tone. However, the whole thing starts off with a painfully awkward and slow, and sometimes creepy (pervy creepy), segue into the group chat. They’ll tell you this is important to help set up that the entire film will be seen as if we’re watching the main character’s laptop with her. However, they didn’t stick to this gig the whole way through (she is constantly moving, but the computer never is) so that throws off a little bit of the appeal. Granted, a lot of people’s stomachs were thankful for not getting motion sickness, but you can’t call it a POV film (point-of-view), and not have it be in that point of view.

Once things get going in “Unfriended” they really don’t stop until the credits role, and it’s this reason that people love it. It’s non-stop tension, scares, gore and thrills, and it mixes in a little social commentary on the effects of bullying and deception. Add in a few unexpected events and twists, and you have yourself a pretty unique horror film for a new generation. After seeing this I’m pretty sure I’m never going to use Skype again. Despite the slow start, and the weak characters, this is well worth a trip to the theater with a group of friends. 4/5 Note: The lack of internet stability, and how the ghost interferes with the connection, infuriates me on a techy level. If there’s anything I hate more than ghosts it’s an unstable internet connection. 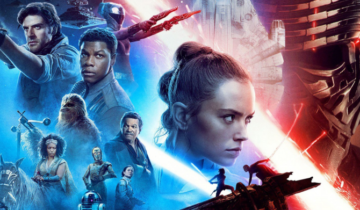