With an exceptional cast of amazing actors, you would hope that “Tammy” would rise above the dismal trailers currently promoting it.  Unfortunately, nothing can rescue this weak comedy from its feeble script.

Written and Produced by Melissa McCarthy,  who is normally comedic gold, somehow misses all the marks with this one.  The story focuses around her title character “Tammy” who is essentially a skanky looking loser.  We’re supposed to laugh at how out of touch she is with the world around her, but instead we feel sorry for her.  Her lack of common sense comes across as a mental disability more than a joke.  Somehow they were able to assemble a wonderful cast which includes appearances from Susan Sarandon, Kathy Bates, Allison Janney, Dan Aykroyd, Toni Collette, and Sandra Oh.   Susan Sarandon is without a doubt the highlight of this movie.  She’s given the least ridiculous lines and appears to be having the most fun.  Unfortunately it’s still not enough to help this ugly looking, predictable “comedy.”

Sure there were a handful of legitimately funny parts, and the audience knew when to laugh on cue, but when a 90 minute comedy feels like two hours, it’s just no fun. 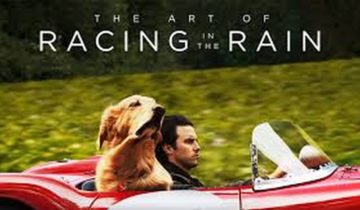