Going into “Tusk” I didn’t quite know what to expect. Director Kevin Smith had called it, “A cuddly version of ‘The Human Centipede,'” and I can’t help but feel like he hit it right on the head. Equal parts disturbing and hilarious, but not over-the-top graphic like the grotesque “The Human Centipede” series. This has got to be one of Smith’s most awkwardly enjoyable flicks in a decade or more, but it left me wondering where the director’s cut was.

There are lots of snippets from the trailer and official movie stills that aren’t in the film, and I can’t help but feel like this was done to keep the run time down (so theaters could have more showings), and to give a certain guest character more time to shine (and shine he does). The mystery man in question is Guy LaPointe, he is credited as this as well but don’t IMDB it or you’ll ruin the surprise. Smith channeled his inner Quentin Tarantino when it came to writing his scenes, and really gave the actor some interesting and fun dialogue, and it kept in tone with Michael Parks’ crazy character, but not the others.

Justin Long looks like he had a blast playing the role of the dick that gets his comeuppance, but in having a character like this it suspends any kind of fear/thrill/suspense as we really don’t care what happens to him. Long was perfect to bring this character to life, and played the polar opposite of Michael Parks’ character perfectly. Parks was cool, calm, but at the same time insane and creepy, and it seems like these are the types of roles he was made for. If you’ve seen Smith’s other underrated but amazing flick “Red State” then you know how intense Mr. Parks is. Smith really gave Parks his time to shine through the use of incredible dialogue, and Parks just chewed through each scene (until things got really f***ing weird). The rest of the cast, played by Genesis Rodriguez and Haley Joel Osment, did well too, but weren’t really given much to do but look pretty and play second fiddle (how much of their roles were left on the editor’s floor?). Even Epic Meal Time’s Harley Morenstein makes a hilarious appearance!

The plot itself is ridiculous and amazing at the same time. Basically Michael Parks plays a man trying to recapture an experience he had as a young sailor. Think “The Old Man and the Sea” meets “The Human Centipede” and you’re halfway there. His desire to repent for some wrong he has done is what drives the plot, and while his flashbacks are ridiculous (in a good way) what keeps happening as the film goes on becomes even more and more outlandish. The final showdown between the two leads had me in stitches in a ‘WTF IS THIS!’ kind of way, but it really works for this. The only issue I had was with the final scene as it should have been left out to give the audience the “What happened” moment, instead of showing us that poor ending.

While I enjoyed the cameo, and the extra time given to him because it’s _____ ____, I can’t help but feel he was a useless character tossed in there just to provide exposition that was already given to us through the old man telling his own stories. Add this with the muddled flashbacks that contributed little outside of letting us know the lead character is even more of a jerk, and you have a short film, that started as a Podcast idea, that has been made into a full blown feature film. Though hilarious and disturbing, unless there’s a director’s cut, there is no replay value in “Tusk” (unless a night of drinking is involved). A fun genre film that definitely has an audience, but it isn’t the mainstream. If you like Smith’s work, or you like SyFy films/straight-to-DVD horror, then this is certainly for you. I’m glad Kevin Smith didn’t retire when he claimed he would as it seems like he is finally going all out with creativity, and enjoying his work. I guess working with Bruce Willis (“Cop Out”) could kill anyone’s spirit to keep going on.

"The Disappearance of Eleanor Rigby - Them" Review: Is it a waste of time? 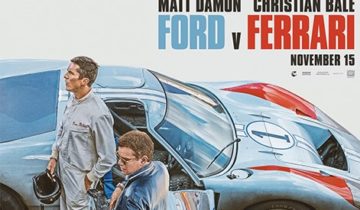