After the success of the “Twilight” studios began fast tracking all the Young Adult book based films they could. Most of these have been mediocre at best, but “The Maze Runner” is a surprising exception.

Based on the first book in the “Maze Runner” trilogy, the movie tells the story of a group of young men trapped within an ever changing labyrinth.  They reside at the center of the maze, an expansive grass and woodland area that they call “The Glade.”  Over the past few years they’ve developed a set of rules and strict social structure in order to survive.  In a very effective opening sequence, a young man, Thomas (Dylan O’Brien), suddenly awakens on a freight elevator that is rocketing upwards.  The elevator eventually surfaces in the Glade and the other boys approach him.  Like all the others living there, he has no memory of who he is or his life before that moment.  After his arrival, life for the boys of the glade begin to change and ultimately they must find a way out of the Maze or risk being exterminated.

There’s a number of elements that set this apart from similar fare.  Primarily, it’s interesting. For those not familiar with the books, the story unfolds as a mystery.  Information on exactly what is going on and who is behind it all is methodically revealed to the audience.  The performances are also very effective, which is incredibly important when the plot relies on a young ensemble cast.  While there are a handful of contrived sequences, and action cliches, they are easily forgiven due to how entertaining the film, as a whole, is.  Also surprising is the quality of the visual effects.  Sure, there’s too much motion blur and its a bit too dark at times, but overall they are quite convincing.

With a target audience of young men, this YA based flick is in the upper echelon of the genre.  Interesting, fun, and thrilling, it will leave you anxiously awaiting the sequel.

REVIEW — “A Walk Among the Tombstones” 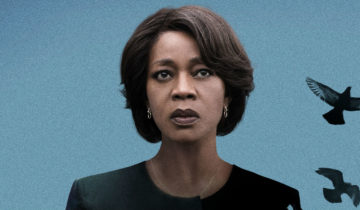