Beautiful, clever, and funny, “The Martian” is a delightful trip to the deadly red planet.

Based on the engrossing, and scientifically accurate novel by Andy Weir, “The Martian” spins the tale of Mark Watney (Matt Damon), a botanist who is left for dead on the surface of Mars.  How can a man survive on Mars at all?  The story does take a few liberties with its initial setting.  A few decades in the future, this is not the first manned mission to Mars, nor is it the last.  This only helps our hero slightly though.  While there are some supplies at his disposal, they were meant to last for a month, not the 4 to 5 years it will take for a rescue mission to reach him.

Watney’s time on Mars takes up the majority of the film with him stretching his mental powers, building what’s needed to sustain him, and making wisecracks to keep his spirits high.  It’s a lot like “Cast Away” in space. (In the best of ways!)  The rest of the film is divided between mission control on Earth, and the returning spacecraft, Hermes.  The NASA staff includes Jeff Daniels, Sean Bean, Chiwetel Ejiofor, Kristen Wiig, and Donald Glover.  Rounding out the cast on Hermes we have Jessica Chastain, Kate Mara, Michael Peña, and Sebastian Stan.  That’s a hell of an ensemble cast, especially considering most of the film revolves around Damon’s character.  Everyone approaches perfection in their roles, although it’s a bit hard to see Kristen Wiig as one of the characters with the least amount of humor in a film that’s laced with wit.  This subcurrent of playfulness goes a long ways towards making “The Martian” successful.  With the excess of (accurate!) science jargon and sudden death always looming on the horizon, the general playfulness of the script keeps the entertainment level high.  There’s even a few meta scenes where the script (and original book) makes pop-culture references to films that actors in this film were actually in.

Drew Goddard, who adapted the screenplay from Andy Weir’s novel, should be commended for his work in condensing the source material to a coherent and fun 2 hour movie.  The only downside is it may seem that Watney has it too easy in the film.  The book tortured him with considerably more obstacles and near-death experiences than the movie has time for.  Many are saying that this is Ridley Scott’s best film in a decade, which is certainly arguable.  Unfortunately, as good as this movie is, that’s not a fair assessment, as it doesn’t feel as ambitious as most of his films are.  He’s played it safe on this one, and has certainly delivered a great film, but it doesn’t come close to his best work. (or even some of his extravagant bombs.)

Regardless, “The Martian” should be on your Must-See list!  Even though this was filmed in 3D, it’s frankly not worth it.  Go see it in 2D, and save your 3D money for “The Walk” 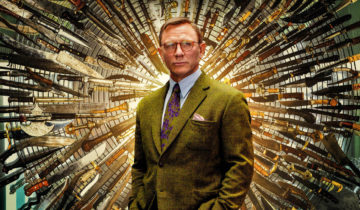