Home›Movies›REVIEW — “The Legend of Tarzan”
Movies

REVIEW — “The Legend of Tarzan”

When was the last time you heard someone say, “Man. I wish someone would make another Tarzan film.?” The answer is never, and there’s a reason why. Studios, like WB, don’t understand how to craft character pieces for summer blockbusters. They think a lot of CGI and some heavy, sometimes indistinguishable, action sequences are all people really need. However, for something like Tarzan the audience needs more than that, like character/plot development, and not just 2 hours of poorly rendered CGI.

While the trailers make it look like the studio finished the CGI the actual product tells a different story, one that would lead many to believe they enhanced the trailer to sell something they weren’t actually offering. From climbing around in trees to running around with apes and a stampede of animals, almost everything looks very fake. I will give them credit on the Hippopotamus scene, although brief, it was pretty cool. Add to this the extremely generic and clichéd villain and ‘evil plot,’ and you have a made-for-tv movie hitting the theaters. The only difference is this one has some bigger names.

I love Samuel L. Jackson in just about everything he does, and this is no different. He adds a lot of humor to the story, and actually serves a decent purpose outside of “helper to main hero.” Alexander Skarsgard even did a solid job as Tarzan. I really like how he was able to maintain a slight hint of wild man even though the movie takes place over a decade after the original “Tarzan” story, and he’s already acclimated to European life. Christoph Waltz did what he could with the poorly written character he was given. He has a cool weapon, and despite his stature as a smaller weaker looking guy he exudes confidence as the villain. Margot Robbie…this made me truly doubt her capability as Harley Quinn in the upcoming “Suicide Squad.” I liked absolutely nothing about her portrayal as Jane, and her performance felt very similar to several of her other roles…despite this being a fantasy story. Academy Award and Golden Globe nominated Djimon Hounsou was relegated to a one-note villain role…AGAIN (“Guardians of the Galaxy” comes to mind), and makes me wonder why no studio will REALLY use his talents! Djimon needs to learn to just say no to scripts like this.

The writing on this one felt almost non-existent. We got some poorly put together expositional pieces to tell us Tarzan’s backstory, and some forced exposition to propel the plot forward, but no real character and plot development. The best moments were when Tarzan was interacting with other animals (since he’s the supposed King of the Jungle and all), but even that doesn’t really start happening until the last 30 minutes. I know this is a fantasy story, but at the same time the animals in this don’t behave as animals actually would, either. There isn’t enough time to start talking about the various plot holes and inconsistencies.

As a whole “The Legend of Tarzan” really should have remained just that; a legend. It feels like the studio put very little effort into this, and because of that it set the crew and cast up to fail. This was a re-imagining/reboot of a character people no longer care about, and it seems like the studio felt the same way. Subpar CGI, poorly orchestrated action sequences, characters and plot points lacking development, and Margot Robbie are reasons why this reboot fails. Despite being mildly entertaining not even Samuel L. Jackson could save this one for me. 2/5 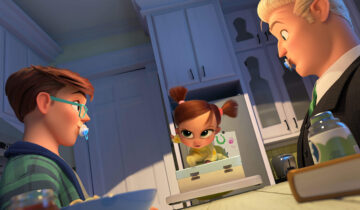