The Bob’s Burgers Movie serves up big fun, big songs, and big laughs in the Belcher family’s biggest adventure yet.

Based on the Emmy Award-winning animated series, Bob’s Burgers, The Bob’s Burgers Movie features Bob, Linda, and the kids in their first feature-length, big screen adventure. Bob is a restauranteur in an unnamed sea town. His dreams of opening his restaurant with creative food have come true. The only problem is that locals enjoy seafood, not burgers. Bob runs the restaurant with his wife Linda and their three kids, Tina, Gene, and Louise.

The movie opens six years earlier, where two shadowy figures are in an altercation. The fight ends when one of the figures is shot in the dark. Fast forward to the present day at the restaurant. There, Bob is more stressed than ever as he looks to perfect a burger for Mr. Dowling, their loan manager at the bank. That’s right, Bob and Linda are behind on their loan again and need to impress Mr. Dowling with a signature burger that will, hopefully, earn them an extension on their payments.

At the bank, the Belchers are denied and given seven days to make their loan payment in full, or their restaurant equipment will be repossessed. Bob is sent into a spiral of doubt, uncertainty, and panic as Linda tries to think of ways to keep the family business afloat.

If matters couldn’t get any worse, faulty pipes lead to a giant sinkhole opening right in front of the shop and blocking the entrance. Linda holds out hope that the sinkhole will be filled, and the family can drum up business during The Wharf’s Octa-versary, an 80th year celebration for The Wharf amusement park on the pier down the street from Bob’s Burgers. Linda is optimistic that the foot traffic from the event will drive hungry mouths into Bob’s Burgers and save them once again.

Restaurant problems aside, the Belcher kids have their own problems to deal with. Gene is in search of “the perfect sound.” After tinkering with an empty napkin holder, spoons, and rubber bands, the middle Belcher child thinks he’s found what the Itty-Bitty Ditty Committee, his once hopeful band, was missing. The perfect sound for the band! After convincing the former band members that they were a band, Gene sets his sights on his biggest show yet, headlining The Wharf’s Octa-versary celebration! Gene brings his comedic timing, derpy remarks, and natural flair to the big screen.

Tina, the eldest and boy-crazed Belcher teen is set to make this her best summer yet. She’s ready to ask her long-time crush Jimmy Jr to be her summer boyfriend. The Wagstaff students offer up something personal of theirs and put it on a chain to signify they are going steady with another student. After seeing Tammy, Tina’s nemesis, with her necklace, Tina is determined to give her barrette Necklace to Jimmy Jr, but the timing always seems to be off. The more Tina thinks about it, she’s not sure if she wants Jimmy Jr to be her summer boyfriend… at least not real Jimmy Jr. Tina is set to learn a valuable lesson about fantasy versus reality and whether she wants Jimmy Jr or not. You can expect to see the obsessed, doubtful, and quirky Tina battle against two images of Jimmy Jr. Which will prevail, the real Jimmy Jr. or her crazed fantasy Jimmy Jr.

Louise the youngest Belcher has one of the biggest tests of her life. After lounging during recess and not participating in the high bar antics of her classmates, Louise’s bravery is called into question. Chloe Barbash calls Louise the b-word… that’s right she calls her a “baby” for not wanting her bunny ears to fall off during the trick. This attack on Louise’s character sends her spiraling and trying to prove that she is far from a baby; to prove that she is as brave, if not braver, than anyone. Determined to prove her bravery and save her family’s restaurant, Louise comes up with a plan to help solve the sinkhole mystery.

The Bob’s Burgers Movie has something for everyone! We meet up with iconic characters from the show like Mickey the carnie and Sergeant Bosco, laugh at wacky situations that the Belchers find themselves in, and even learn some of the secrets we’ve always wanted to know, like why does Louise always wear her bunny ears? From catchy songs to perfect comedic timing, the Belchers are cooking up a storm, and I like it!

While The Bob’s Burgers Movie has many satisfying scenes, if you haven’t watched any of the Bob’s Burgers television show, many of the jokes may go over your head. The movie references characters and jokes that made the show. Although prior reference may be an issue, the movie still provides easy to understand enjoyment and laughs for both adults and children. 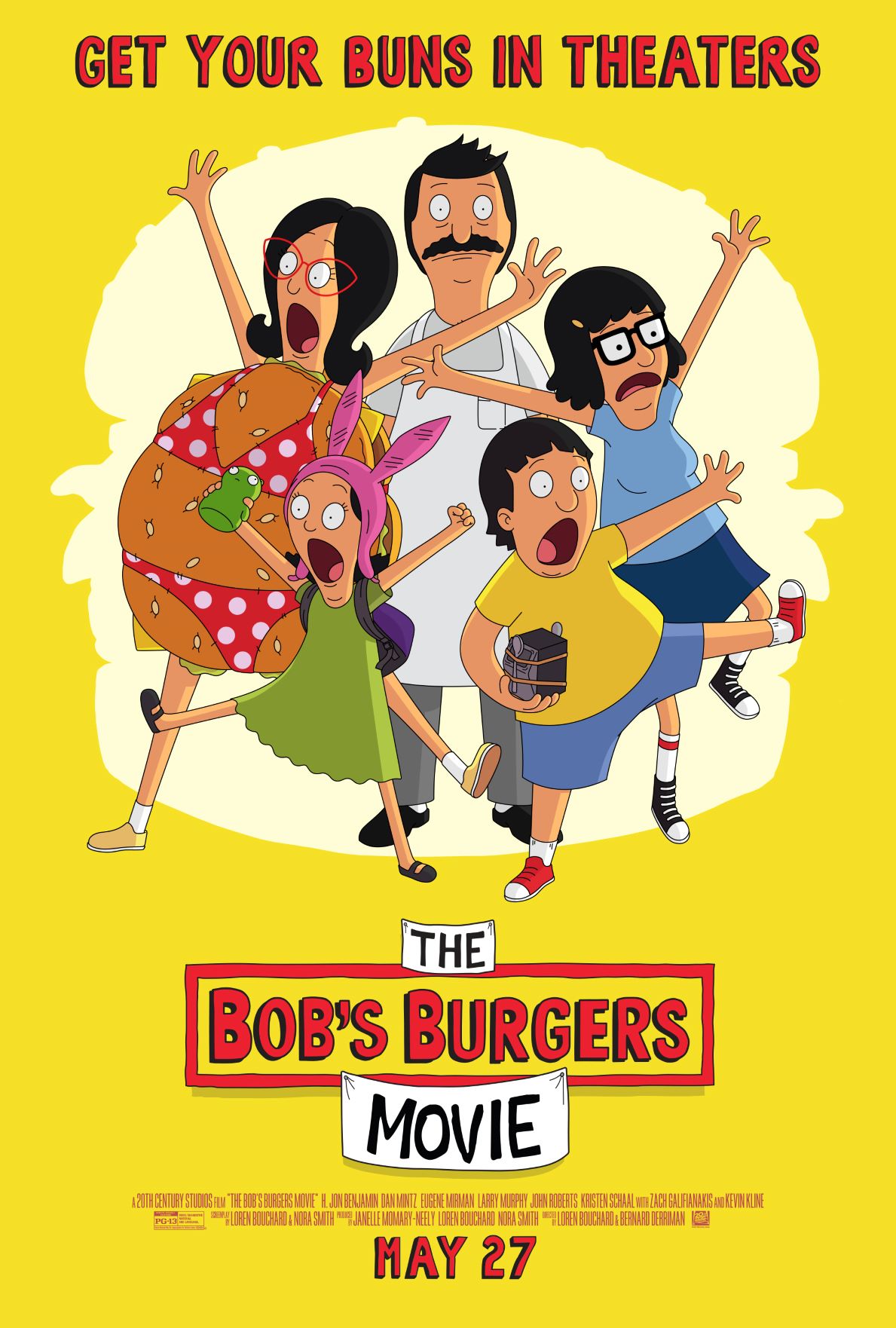