Playing like Terminator Fan Fiction, “Genisys” has fun with some of our favorite characters and moments, before degrading into a painfully stupid script.

Ignoring the last two films, this fifth entry in the “Terminator” series instead focuses on elements from the beloved first two.  A surprisingly entertaining credit sequence brings everyone in the audience up to speed with the Skynet lore.  In the first few minutes we witness war weary John Conner’s (Jason Clarke) over Skynet, the original T-800 (Arnold Schwarzenegger) being sent back to 1984, and Kyle Reese’s (Jai Courtney) decision to go back to rescue Sarah (Emilia Clarke)  That’s a lot of exposition for just the first 15 minutes, but it plays so well that hope begins to bloom within the audience.  When Kyle arrives in 1984 things are a bit different than we remember.  We are treated to a few alternate timeline recreations from the first two films.  This nostalgia strengthens our hope before the film dashes all our dreams to pieces with a completely nonsensical second half.

Taking cues from “Back to the Future 2”,  one time jump isn’t enough for this story.  Kyle & Sarah decide (for some reason?) that they need to jump forward to 2017 to stop yet another future version of Skynet, a multiplatform operating system called Genisys.  Thankfully Sarah and her Guardian have constructed a time machine for just such an occasion.  Not only do they jump through time, but the entire movie jumps the shark.  Considering the film also stars Doctor Who (Matt Smith) it’s surprising how bad the science is in it. This very jump to the future effectively prevents John Connor from being born in the proper timeline, causing a paradox that could potentially destroy the known universe.  But never mind that, the story continues on with some big words that are meant to trick the audience into thinking it makes sense and gleefully continues with more gibberish, bad science, and nonsense.  Arnold’s electromagnetic weapon alone is enough to make any self respecting 6th grade science teacher walk out.

Movies like this demand a certain suspension of disbelief, but they still need to play by their own rules.  A movie about time travel can’t wantonly disregard its own time travel rules.  Characters can’t behave in ways that ignore all logic in regards to the plot.  And science fiction can’t repeatedly spit in the face of science and physics.

There are only a few things that keep “Genisys” from being a complete waste.  The enjoyable opening act is quite fun, if still a bit silly. While most of the dialog is generic and recycled from a million other scripts, there are moments of inspired humor.  Finally, some of the performances are better than this movie deserves.  J.K. Simmons’ tiny role is brilliantly fun, and Emilia Clarke glows with such charm that she’s more exciting to watch than any of Terminator’s special FX.

“Genisys” isn’t a total waste, but there are plenty of better things to spend your money on.  Especially when you consider how unnecessary the story is. Once again Terminators are trying to kill Sarah Connor while she is protected by lesser beings, but ultimately it doesn’t matter because time goes on.  Haven’t we already seen this story a few times before?

(No Trailer for this one, cause the trailers were TERRIBLE.) 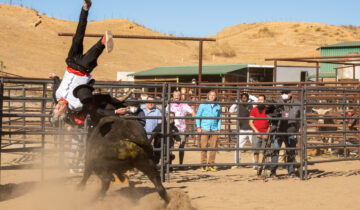