With dance music currently becoming more mainstream, Eden serves as a retrospective look at the development of French dance music through the eyes of Paul (Félix de Givry). Paul is immediately captivated by electronic music as soon as he hears it for the first time in a secluded rave in the middle of the forest. As his passion grows, he forms a DJ collective with his friends and they being making music and throwing their own underground parties.

With their unique “Garage” sound, Paul and his friends start becoming successful and traveling Europe and America DJing. All are catapulted into a fast paced lifestyle of sex, drugs, music and continuous partying. But as dance music continues to evolve, Paul struggles to remain relevant with his unique sound and his lifestyle begins to catch up with him. Ultimately Paul is faced with the reality of whether his dream is really worth his life.

There are some interesting narrative choices at work here and I don’t think they successfully pan out. The film, running over 2 hours, is about 40 min too long, in my opinion. Eden is in desperate need of a ruthless editor. Unfortunately, despite my immense, unwavering passion for electronic dance music, I was often bored out of my mind. The music throughout the film is great but there is little else to be captivated by.  It has a slow place that doesn’t appear to have much purpose except to illustrate the how mundane Paul’s life is when he’s not DJing or getting high. Even the numerous energetic club scenes all seem to merge together during the second hour.

Eden is less of a success story and more of a cautionary tale about the dangers of the soul-sucking music industry. I was initially very excited about the premise of Eden but ended up being very let down in almost every way. This film is straight up depressing and not in a cozy empathetic relatable way. Eden is so relentlessly hopeless and melancholy that even the little that is enjoyable is crushed by the weight of its inescapable sadness.  If you’re a fan of 90’s dance music, gloomy French films or even super cute French boys, you might enjoy this film more than I did.  But it’s not for everyone. 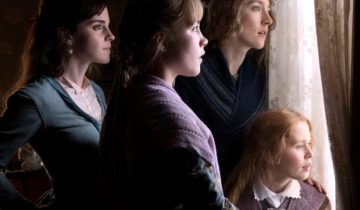