The rare sex comedy that can be called “smart”,  this is as enjoyable as it is unusual.

Alex(Adam Scott) and Emily (Taylor Schilling) have just moved to LA with their young son.  While visiting their local park, they become acquainted with Kurt(Jason Schwartzman) and Charlotte (Judith Godrèche), a very friendly couple who have a son of the same age.  Kurt invites them over so the kids can have a playdate and the adults can get to know each other.  Looking forward to meeting new friends, Alex and Emily eagerly accept.  There’s no way they could anticipate just how well they would get to know this new couple over the next few hours.

Calling a sex comedy “smart” may sound like an oxymoron, but it doesn’t have to be.  When these guys whip out their prothestetic penies, (Peni?) there’s actually an emotional reason behind it, with both a comedic and narrative payoff.  When you see Georgia O’keefe-esque paintings and wonder “Is that what I think it is, or am I just a pervert?” it’s because that’s exactly what the film wants you to question, moments before the characters make the exact same observation.  These characters are not motivated by perversions or general craziness. As we get to know them we can see their flaws, vulnerabilities, and (humanly flawed) logic.

The casting of “The Overnight” is superb.  Both Adam Scott and Jason Schwartzman are perfectly odd as usual, but it’s Taylor Schilling who is particularly attention grabbing.  Her performance has a nuance of realism that’s hard to quantify.  In a film that could easily crash with performances that were off point, she strides through every scene with ease. There is a wonderful chemistry between these four complex adults.

Youngsters looking for a quick thrill and a crude laugh will be disappointed.  But if you are mature adult, with a good head on your shoulders, and still enjoy laughing at dick humor, then you should definitely check this one out. 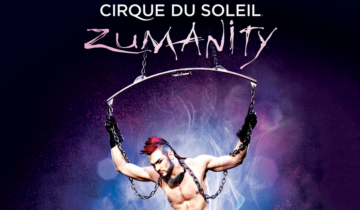