Sully is directed by Clint Eastwood and written by  Todd Komarnicki, and has a cast featuring: Tom Hanks, Aaron Eckhart,  Mike O’Malley, Anna Gunn,  Laura Linney, and Jamey Sheridan. It tells the story of the the National Transportation Safety Board investigation that followed the time Captain Chesley Sullenberger famously landed his crashing plane into the Hudson River, saving all 155 crew and passengers; Better known as the Miracle on the Hudson. With an already great story, and even greater cast and crew, how can this not be good? Sully is a perfectly short tale with fantastic visuals and rock solid acting, even if its script leaves a lot to be desired at times. It also happens to be leaps and bounds better than Jersey Boys.

When Clint Eastwood is not calling young people pussies he likes to direct movies. He has directed such hits as Unforgiven and Gran Torino, and total misses like J. Edgar and the previously mentioned Jersey Boys. With an as of recently inconsistent track record it was a real question whether this would land or crash and burn (Get it?). It is with a smile that I say it most certainly does land. Clint Eastwood’s direction is excellent here, and is one of the main reasons everything works as well as it does. Even though the story gets a little choppy at points it never veers too far off. Eastwood is able to steer this into something much better than it probably deserved to be. He seems to be coming out of his slump, and delivering hard hitter after hard hitter (American Sniper anyone?). With a tense realistic atmosphere, and a perfectly short running time, Sully delivers enough heft to make up for its few flaws. It’s also worth mentioning no plastic babies appear, which is always a plus.

The main selling point seems to be Tom Hanks who plays the title character, and he has a particularly GREAT scene where he is speaking to a committee about his water landing; It gave me chills. However, Hanks’ amazing performance is not all that Sully has to offer. Aaron Eckhart delivers a strong performance, and at times over shadows Hanks. Even though the two leads do a great job, the acting is a bit spotty from others. Many of the passengers often shifted in between being very realistic and very mediocre, and the patrons in the bar scene were laughably over the top. While Laura Linney is a undeniably talented actress I did not care for her part at all. Her scenes feature her and Tom Hanks talking on the phone about their personal issues being put on hold while the NTSB investigation is being conducted, and frankly, these scenes slow this plot way down. Not to say Laura Linney was bad, her scenes just added nothing to the film and I found them very unbelievable, but that falls more on the script than her.

While Sully definitely has a lot to offer, it’s not without its faults. Besides the already mentioned spotty acting, the glaring issue is the script; The screenplay is a mixed bag. It features some great scenes for Hanks and Eckhart while also featuring, at times, laughably bad dialogue. The theater I saw this in was often laughing when they shouldn’t have been. While the script is not atrocious, it definitely could of used a revision or two. Other than those two issues Sully is very well made. It also features a surprising amount of references to 9/11. While none of them are particularly offensive, there are a lot of them and they’re not very subtle. Whether a character is having a nightmare or they’re explicitly referencing it, they’re hard not to pick up on.  This is not necessarily a bad thing, it was just very jarring to see.

Everything technically is outstanding. Sully features many intense plane sequences featuring great cinematography and even better CGI. These sequences alone are worth the price of admission. If possible see this in IMAX because they really are something to experience. They show the infamous water landing from many different perspectives so you really experience it. Every time there is a plane on screen it looks great, and when they’re flying it looks even better. These sequences are all heightened by Hanks and Eckhart’s stellar performances. The flick also seems to know how great these scenes are as two of them are obviously shoehorned in. This is not a bad thing though, as they were done practically (I think?), help add character development to Sully, and are a sight to behold.  One thing I do feel the need to mention is this ends horribly. I don’t mean the way the story concludes, but I mean the horrible cut to black. My audience did not know if it had ended or not, and we all sat waiting… It is definitely a knit-pick but is worth mentioning. Fire whoever did that, Clint.

In short, Sully is a solid film that showcases great acting and CGI. It wont blow you away, but you’ll never be bored watching it. With a few minor issue the end product is a well rounded flick. Simply put, Sully is just a good movie. 4/5

Tom Hanks and Aaron Eckhart rock great mustaches in this. 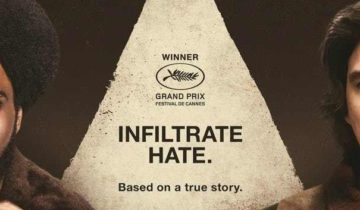