Released overseas last year, “Snowpiercer” has finally made its way to the U.S. This amazing dystopian sci-fi adventure should not be missed.

Director Joon-ho Bong (“Mother”, “The Host”) has assembled an all star cast in this adaptation of the french graphic novels “Le Transperceneige”.  Many years in the future all life on earth has been killed off by a global warming experiment gone awry.  Only the people who were aboard a luxury Transglobal train were spared.  A social class system formed during the nearly two decades that this train has continued to circle the globe.  The front of the train houses the upper class, who provide sustenance and order to the lower class at the back of the train.  This “order” comes in the form of oppression and violence and the lower class plans a revolt.  The leader of this revolt is Curtis, played by Chris Evans.  He is coached by the wise Gilliam, John Hurt in yet another amazing performance.  Together they plan an attack that will take Curtis to the front of the train and challenge his perception of their world.  He who controls the engine, controls the world; but how do you effectively maintain balance aboard a closed eco-system like this train?

Visually, this movie is stunning.  While some of the exterior CGI scenes may be a bit lacking compared to the glossy effects of Hollywood’s blockbusters, it’s a small gripe in comparison to the amazing art direction of the interior sets.  The bland, grimey palettes from the rear of the train give away to a rainbow of bright colors and harsh contrasts in the upper class.  Each “area” has it’s own palpable feel and we are drawn into Curtis’ mixture of awe and disgust.  While not exactly gorey, the escalating violence is quite visceral.  At times inciting winces from things we don’t actually see.

Some have complained that this film is just liberal propaganda, adding more fuel to the class warfare fire. While a number of movies are obvious in their political agenda, the story this one tells is deeper than that.  Sure, at a base level it appears it’s a cut and dry “the 2% are villains,” but this narrative has so much more to say about the nature of people, order in chaos, morality, and the sacrifices we make for the good of humanity.

With so many simple, generic, poorly written films out right now, do yourself a favor and take the chance on a film that truly deserves it.  Even if you don’t fully enjoy it, it will be money well spent in comparison to the standard summer blockbuster.  Instead of leaving the theater feeling numb and cheated, you’ll leave with thoughts and emotions you’ll want to discuss for days.

"Dawn of the Planet of the Apes" Review: The "Empire Strikes Back" of Sequels 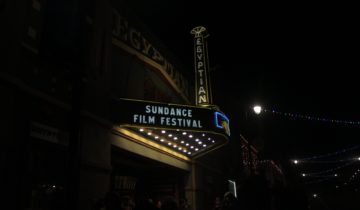