Home›Movies›“Dawn of the Planet of the Apes” Review: The “Empire Strikes Back” of Sequels
Movies

“Dawn of the Planet of the Apes” Review: The “Empire Strikes Back” of Sequels

“Dawn of the Planet of the Apes” is not the movie we expected, but it is certainly what we wanted/needed. In a summer filled with disappointment, mediocrity, and big budget robot smash fests it’s incredibly refreshing to have some a quality product come along. This is truly the “Empire Strikes Back” of sequels as it completely blows the first one away.

I’ll go ahead and get the two things I had wrong with it out of the way as they barely effect the quality of the flick. The human family, played by Jason Clarke,  Keri Russell and Kodi Smit-McPhee, didn’t have the chemistry and development necessary to make the audience have any real investment in them. This can be contributed to a number of things, but I like to think it’s because the story focuses primarily in the Apes, and their families (so awesome). The only other issue I had was the pacing in a few parts that slowed things down a little bit, but it is something you only really notice if you need to pee or really think about it.

The acting in this is, seriously, Oscar quality in a summer blockbuster. Blows my mind. Andy Serkis (Gollum from “Lord of the Rings”) as Caesar and Toby Kebbell (“RocknRolla”) as Koba completely dominate every single scene, and they are absolutely incredible. The fact that motion capture performances can’t be considered for a Best Actor nomination is a travesty as Serkis gives us quite possibly the BEST performance you’ll see all year. Technology has come so far, and it truly makes you believe you are actually watching an Ape do the things that are happening. The rest of the human cast really pulled their weight as well, despite being outshined by the mo-cap. Gary Oldman is incredible as always, and his passion and dedication to his people mirrors that of the apes so perfectly.

The writing was surprisingly well done for a summer flick. Michael Bay had me convinced, until this, that summer was meant for mindless blockbusters filled with no emotion or story, but this writing team has renewed my faith in summer cinema. From the development of the ape characters, to the choice to focus more heavily on the ape side of things instead of the human, everything came together so perfectly to have us rooting for both sides. They did such a great job helping you feel for everyone’s plight, even the bad guy, and that’s something you just don’t get often. They also create such an incredible villain that is a product of his environment, and it really sets him apart from other genre films.

The action, while slow in the beginning (this isn’t a complaint), picks up in such a major way. We are treated to some visually stunning special effects and fight scenes that rival the biggest blockbusters (including “Captain America: The Winter Soldier”). The only difference is these fight scenes have heart to them, and have the audience invested from start to finish. The seamless blend of action to story makes for one of the best movies you’ll see this year.

“Dawn of the Planet of the Apes” is the best sequel you’ll see this year, and makes talking monkeys kick-ass. This entry into the series puts every single “Planet of the Apes” film to shame, and shows you don’t need non-stop action/explosions to entertain people. If you write a story with unique characters, and heartfelt struggle, you can win over audiences more than bright lights and hot girls. An incredible cast, excellent writing, fantastic directions, and amazing special effects all mix to make a must-see summer spectacular. 4.5/5 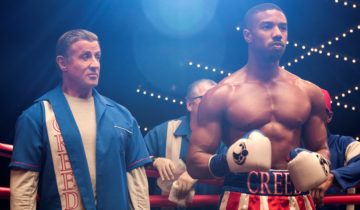